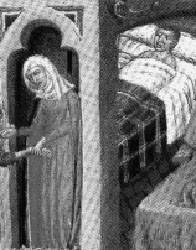 Whether low-tech or high-tech, there are many exciting new frontiers in medicine. But how much of it will one-size-fits-all regulators and their corporate cronies allow to see the light of day?

In part 1 of our series, we discussed how Medicare is run by billing codes that often prevent some essential services such as accessing healthcare through phone and email (especially important in today’s technology-driven world).
In part 2, we reported on FDA’s plan to pre-approve medical and smartphone apps, which will make them impossibly expensive. Basically, a whole new frontier of medicine will be shut down for the convenience of government and big drug companies.
In part 3, we continue to highlight some major potential technological advances for medicine identified by leading health policy analyst John Goodman—advances that may be throttled by government regulation, especially government regulation contaminated by crony capitalism.
As a general rule, we at ANH are highlighting the gains to be made from low-tech medicine, based on food, supplements, and lifestyle. For example, we don’t understand why conventional doctors refuse to use garlic to treat food poisoning, even when conventional and potentially harmful antibiotics have totally failed to cure a patient.
But all of this—including the use of garlic—depends on excellent, cutting-edge science. And we aren’t at all opposed to sensible medical technology breakthroughs, especially when they are as basic as smartphone apps, and we don’t like the FDA throttling these any more than we like the FDA throttling natural medicine.
Here are some of the additional technologies that John Goodman has mentioned recently:

These could be exciting advances—but they run afoul of government rules and regulations:

As John Goodman also points out, the Patient Protection and Affordable Care Act, with its emphasis on pilot programs and demonstration projects, is supposed to promote “evidence-based care.” But in reality it requires standardization and a one-size-fits-all approach.
Dr. Richard N. Fogoros, a former professor of medicine and a longtime practitioner, researcher, and author in the fields of cardiology and cardiac electrophysiology, puts it this way: “The role of the doctor is now to relay expert-guided determinations of what is best for the herd down to the level of individual patient, and to do so in such a way that their patients do not realize that the doctor’s recommendations are population-based, and not tailored to their own needs.”
This is one brave new world that we do not need. But only by working together to reform government and the FDA can we prevent it.

12 responses to “Government Keeps Medicine in the Dark Ages, Part 3”