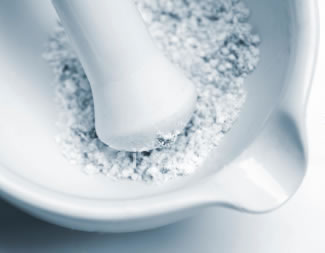 Patients need access to compounded thyroid extract, not just the synthetic and incomplete version. Action Alert!
The human body produces five different thyroid hormones, though today most patients are treated with levothyroxine (also called l-thyroxine), a synthetic product that contains only one of the hormones, thyroxine, also called T4.
A new clinical trial has found that hypothyroid patients prefer natural, full-spectrum thyroid extract to T4-only preparations. Although there were no differences in documented symptoms or neurocognitive measures, 49% of the volunteers in this randomized, double-blind study preferred desiccated thyroid extract (DTE) while only 19% preferred the T4 hormone (33% had no preference). An analysis of those who preferred DTE found that they lost an average of four pounds while on DTE, and reported better concentration, memory, and sleep, and greater happiness and energy.
In addition, this was a crossover study, where each volunteer essentially acts as his or her own control, by taking both drugs: first one, for eighteen weeks, then the other, for sixteen weeks.
In 2012 the American Thyroid Association published guidelines advising doctors that “there are no controlled trials supporting the preferred use of desiccated thyroid hormones over synthetic-l-thyroxine in treatment of hypothyroidism or any other thyroid disease.” Perhaps this new study will cause them to reconsider.
Why might people feel better on desiccated thyroid hormone than on synthetic, T4-only preparations?
Both human and pig thyroid glands (from which DTE is derived) produce T1, T2, T3, T4, and calcitonin. T4 is a storage hormone that must be converted into T3 to be metabolically active. Calcitonin regulates blood levels of calcium. And T1 and T2 seem to be a mystery and are widely believed to have no clinical value.
Mainstream medicine preaches that it is sufficient to supplement only with T4; that the body will convert an appropriate amount of T4 into T3; and that T1, T2 and calcitonin aren’t needed. While this may be true for some hypothyroid patients, clearly there are many others who get better only when they take DTE. Mainstream exponents such as Wikipedia disparage DTE, saying, “The use of thyroid extract became associated with those whose medical practices deviated in many ways from standard care,” and “Those prescribing it were considered to be unscientific and irrational practitioners.” Right—considered by whom?
Much rests on the assumption of conventional medicine that the body will convert enough T4 into T3, although many things can interfere with the conversion process. The health site for Discovery Communications reports:

Nutritional deficiencies such as iodine, iron, selenium, zinc, vitamin A, riboflavin, pyridoxine, and B12, along with the use of certain medications including beta-blockers, birth control pills, estrogen, iodinated contrast agents, lithium, phenytoin, and theophylline, can inhibit the conversion of T4 into T3. Other factors that can cause this inhibition include aging, alcohol, alpha-lipoic acid, diabetes, fluoride, lead, mercury, pesticides, radiation, stress, and surgery.

Another problem is that too much T4 can convert to something called “reverse T3,” which has only 1% of the effect of T3, but also binds to the T3 receptor, thus blocking T3 from doing its job:

Factors that may lead to a preferential conversion to reverse T3 include high cortisol, glucocorticoids, stress, excess estrogen, and nutritional deficiencies such as selenium, iodine, zinc, and iron.

All of these factors are common. Some—such as aging, stress, fluoride, and pesticides—are so ubiquitous that it is easy to imagine that a large percentage of thyroid patients are inadequately converting T4 to T3, and thus need a thyroid preparation that contains some T3. There is also the possibility that T1 and T2 are performing functions in the body that we are not yet aware of, and that they need to be supplemented along with T3 and T4 (as they are with DTE).
The basic screening test for hypothyroidism is the TSH test, which is short for thyroid-stimulating hormone. TSH is secreted by the pituitary gland when it senses that thyroid levels in the blood have dropped too low, so low levels of TSH generally mean that there is plenty of thyroid hormone in circulation. But for a variety of reasons, the pituitary can sometimes fail to produce enough TSH (even though thyroid levels are low), in which case a low TSH level would give the false impression of having plenty of thyroid. And even under optimal circumstances, TSH levels can fluctuate.
In 2002, the American Association of Clinical Endocrinologists (AACE), recognizing that many patients are misdiagnosed, lowered the upper end of acceptable TSH levels from 5.0 to 3.0, doubling the number of people needing treatment for hypothyroidism. Under the old guidelines, these people had been considered totally normal, and many had been denied treatment despite predisposing family histories and symptoms such as weight gain, depression, fatigue, hair loss, constipation and high cholesterol, all of which can be caused by low thyroid.
Is it any wonder that best-selling thyroid author Mary Shomon’s motto is, “We’re patients, not lab values”?
Speaking of the acceptable TSH ranges, Shomon notes:

This narrow-minded means of diagnosis has been the “standard of care” for conventional doctors and endocrinologists for decades, based on a near-slavish reliance on the TSH test—often to the exclusion of clinical evidence, symptoms and medical observation.

On About.com, Shomon has questionnaires to assess the risk of both hypothyroidism (too little) and hyperthyroidism (too much).
Another approach followed by some integrative doctors is to use an underarm temperature test, which may be more reliable than the TSH test. One simply measures underarm temperature before getting out of bed. A temperature below 97.4 for several days running generally indicates a problem.
In 2009, thyroid patients on DTE were thrown a loop when the two major makers of DTE—Armour and Nature-throid—both experienced mysterious shortages and could not meet demand at the same moment. Many patients spent hours on the phone, calling pharmacy after pharmacy to find a source of DTE. Fortunately, compounding pharmacies were able to fill in, as they can make DTE in any dose, using the same raw materials as Armour and Nature-throid (although at a higher price).
We’ve been telling you over the past few months (here and here) about a bill moving through Congress to outlaw certain compounded medications. This bill is a blatant move by pharmaceutical companies to eliminate the competition from compounding pharmacies and force people to buy the mass-marketed version of the drugs. That would mean that in the event of future shortages of DTE, people might be forced to switch to the T4-only preparations that leave so many patients with unresolved symptoms.
If you haven’t sent an Action Alert yet on the compounding bill, it’s not too late. We’re asking the Senate to vote No on S.959, to ensure that we don’t lose access to the important therapies supplied by compounding pharmacies. Please take action today!