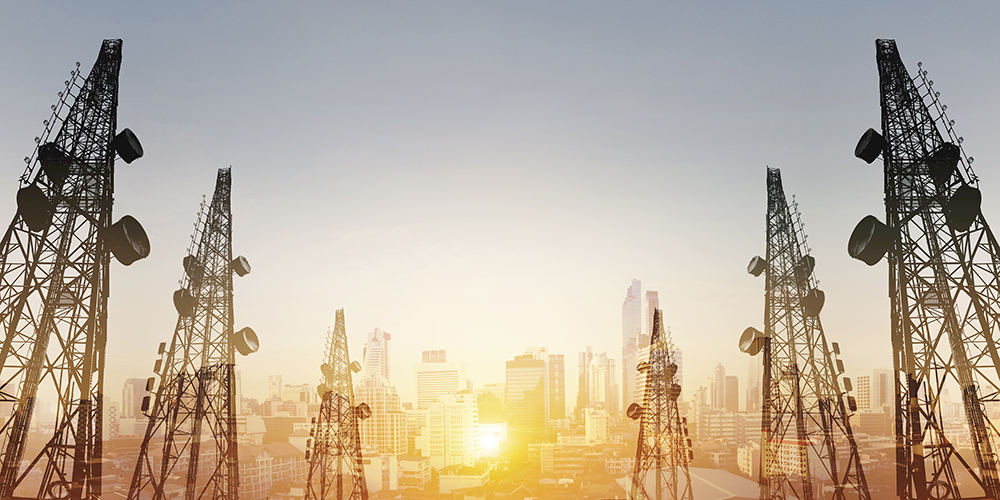 Telecom companies are preparing to unleash the next wave of wireless technology in neighborhoods across the nation, deployed block by block. The telecoms industry, with an assist by the federal government, is barring the ability of local governments to manage how the new technologies get installed. We must speak out to prevent telecom giants and their government cronies from taking away our rights and threatening our health.

Telecom companies are installing the infrastructure needed for “5G” networks, which are up to 1,000 times faster than the current 4G networks. Setting up 5G networks requires “small cells” to be placed on streetlights and utility poles throughout neighborhoods and cities. These “small cells” include antennas, power supplies, electric meters, switches, bundles of cables, and boxes—all strapped to the poles. Some have refrigerator-sized containers on the ground. These cells are supposed to be placed every 500 feet along residential streets and through commercial districts.

Homeowners worry that the small cells are unattractive and will affect property values. Even more disturbing are the health concerns. Small cells emit microwave radiation and essentially function as cell towers. Placing these units every 500 feet means that communities will be bathed in radiation. We’ve written before about the health implications of over-exposure to microwaves. Microwave radiation can negatively affect mitochondrial function, cause cell damage and DNA breaks, accelerates aging, and puts us at a higher risk for chronic disease. A recent study from the National Toxicology Program showed rats exposed to cell phone radiation at the federally allowable level had an increased risk for brain and heart tumors. Animal studies have demonstrated the health dangers of the radio frequencies used by 5G, including: arrhythmias in frogs, immune system effects in healthy mice, lens opacity (linked with cataracts) in rats, and more.

Traditional cell towers are bad enough—which, by the way, the federal government has prevented the public from opposing based on environmental or health concerns. Now telecom companies want to put a small cell tower right in your front yard, and your neighbor’s yard, and all over the town or city. It will be impossible to escape exposure to the radiation emitted by small cells. Any health concerns there are now about exposure to microwave radiation will only intensify with 5G.

It’s no surprise, then, that many communities are fighting back, but the telecom giants and the feds continue to threaten local autonomy.

Telecom companies are working with the Federal Communications Commission (FCC) to steamroll local governments into kowtowing to whatever industry says it needs. The FCC recently approved rules that limit the fees local governments can charge telecom companies for use of public utilities and property. Other rules already on the books have “streamlined” small cell deployment by reducing the time cities and counties have to review applications. The agency is studying how they could limit cities’ requirements on the look and design of small cells. Ajit Pai, the FCC commissioner and a former attorney for Verizon, also created a committee (mostly of wireless industry representatives) to develop model codes that cities can adopt to speed the approval of small cells and reduce costs to industry.

It will be an even harder uphill battle if local governments want to reject 5G tech altogether. Municipalities in many states are preempted by state laws that limit local regulation of wireless facilities. More often, though, people simply are not aware of the dangers of widespread exposure to microwave radiation, and see the advent of 5G networks as a good thing.

Congress is also getting in on the action—on the side of telecom firms. A number of bills in the House and Senate would make it easier and less costly for small cells to be installed on federal land, exempting the technology from environmental reviews. The sponsors of these bills are among the top lawmakers who have received the most money from the likes of AT&T and Verizon.

This is unacceptable. Special interests are using the power of the federal government to ignore local laws and endanger our health. We must not let them get away with it.

Action Alert! Write to Congress and the FCC, telling them to stop throttling the ability of local governments to control whether and how 5G networks fit into their communities and that the federal government should study the health effects of 5G networks. Please send your message immediately.