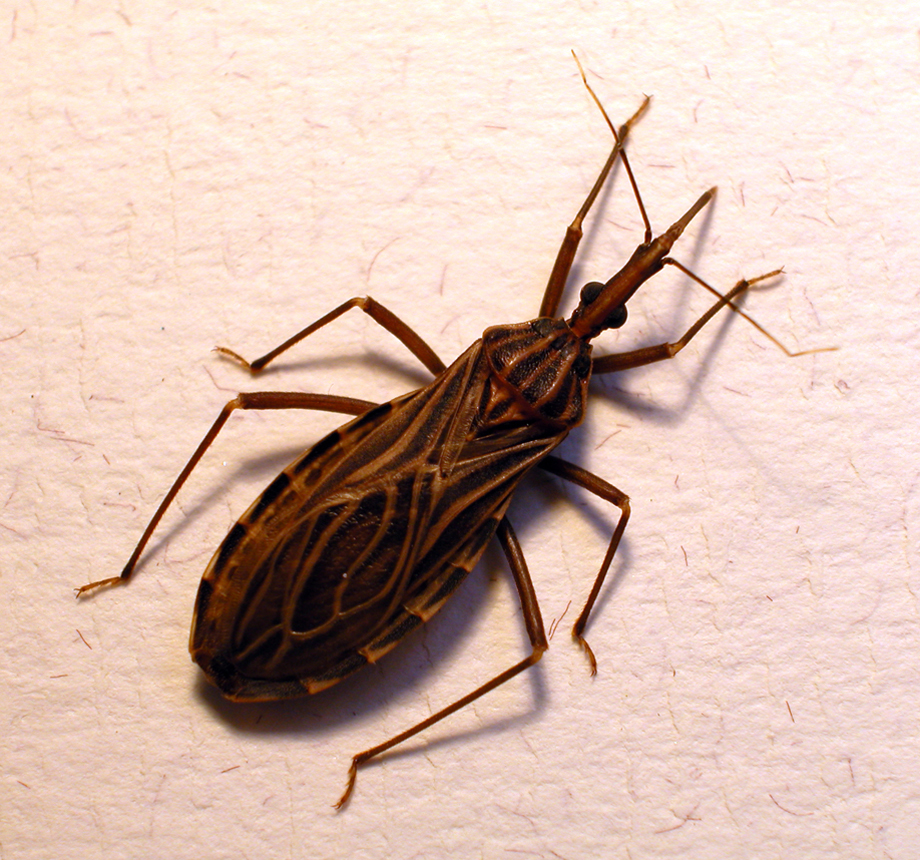 This is a kind of Halloween story, but it is a true one.
Chagas disease is the stuff of horror movies, but public health officials are doing very little to address it.
A rare and deadly tropical disease once thought to be limited to economically depressed regions of South America is now appearing in areas of the US Southeast—and the situation is worse than the government thinks. While the CDC estimates that just one in 300,000 Americans who donated blood was infected, a recent study predicted that one in 6,500 Americans who gave blood—fifty times more than the CDC’s estimate—were infected.
Chagas is the result of a parasitic infection, and how it is passed to humans will give you chills. Chagas is spread by insects known as “kissing bugs,” so named because they tend to bite near the mouth (like mosquitoes, kissing bugs drink the blood of humans and other vertebrates). After they finish feeding, the bugs sometimes defecate, leaving “parasitic-laden feces on their host’s skin.” Scratching the bitten area can create tiny tears in the skin that give the parasite entry into the body; touching the bite and then rubbing the eyes and nose can also spread the parasite.
How do these bugs get onto your lips? They crawl stealthily into the house, then hide out of sight until nightfall. Once you are in bed asleep, they leave their hiding places to crawl down walls and into beds and onto your body. They are very good at all this and rarely give themselves away.
Once the parasite is in the body, one’s experience may vary. Some people suffer flu-like symptoms for several days; others develop swelling near the eye; worse, others have no symptoms at all. Meanwhile the parasite can cause terrible damage, as it chews through cardiac muscle and, over time, causes heart failure in about one-third of victims.
One recent case of Chagas highlights how scary this disease is. A woman born in El Salvador had Chagas for decades without knowing it, until a blood donation was rejected after screening positive for the disease. She went to a Chagas specialist—which means navigating an ocean of red tape to get the proper medications, since these drugs are only available through a special CDC research protocol. But at this point it was too late: after thirty years, the drugs were ineffective against the vast number of parasites that riddled her body. The doctor could even see the holes and channels the parasites had eaten through her heart. She was told that the only remaining option available to her was to go on with the knowledge that she could suffer from a heart attack at any time.
Are there effective natural remedies for this disease? It is very likely there are, but reliable studies have not been done.
Cases of Chagas are appearing in parts of Texas and Louisiana, where the heat and humidity create ideal conditions for the kissing bugs. Poverty-stricken areas are particularly vulnerable, where stagnant water and poor ventilation provide fertile breeding grounds for the bugs.

88 responses to “Horrific Disease Creeping into the US”