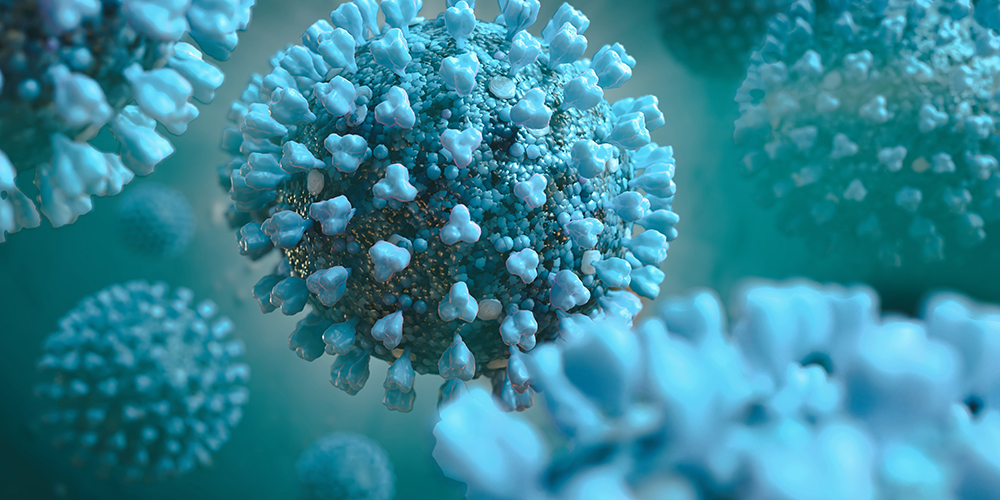 Countries like South Korea and Singapore that have (so far) successfully hampered transmission of COVID-19 have tested widely for the virus. South Korea had its first confirmed case on the same day as the US, on January 20. Health officials there relied on a test based on the World Health Organization (WHO) technical guidelines published at the beginning of the outbreak and immediately allowed the private sector to process samples. They quickly mobilized to test 20,000 people a day. South Korea is a model of an effective and decisive response to a critical situation; the FDA and CDC’s response demonstrate the effects of cumbersome bureaucracy.

The US, led by the CDC and the FDA, decided not to use the WHO test, but rather to develop their own test—a test that turned out to be flawed, wasting precious time in the first weeks of the outbreak. This and FDA regulatory barriers delayed widescale testing, which is one of the main reasons the rate of infection in the US is so high. 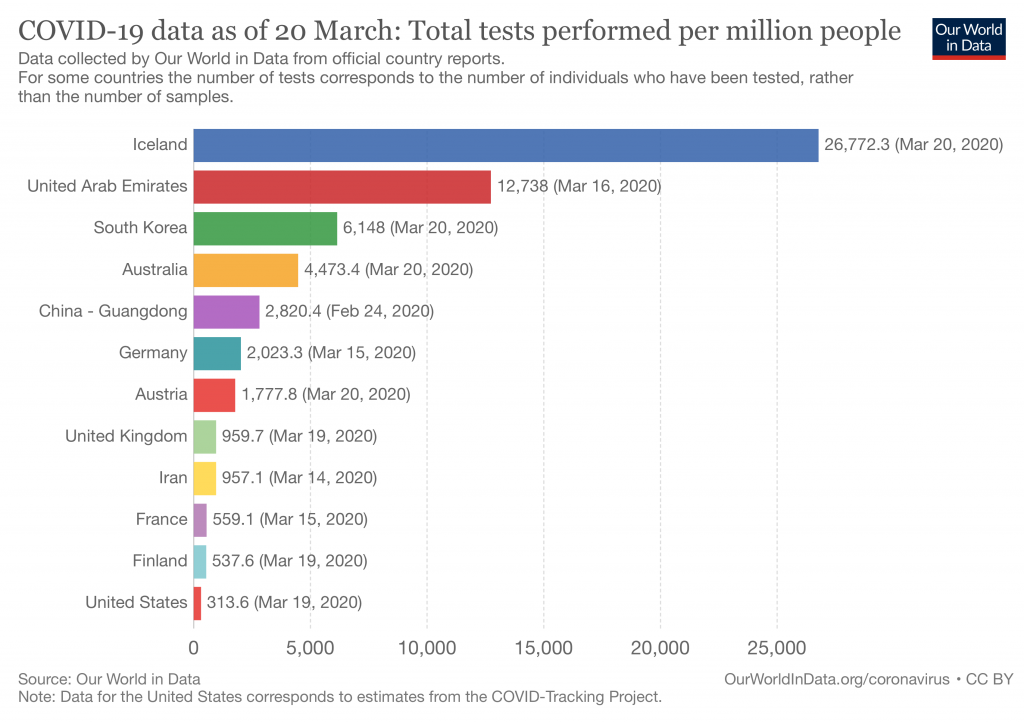 US lags behind many other countries in testing its population.

The FDA shares much of the blame for the lack of an effective US response to the pandemic. Laboratory developed tests are generally not subject to FDA pre-approval. But when Health and Human Resources Secretary Alex Azar declared a public health emergency, new rules kicked in that made it harder for labs and hospitals to develop their own COVID-19 diagnostic tests. Labs needed to receive an Emergency Use Authorization (EUA)—in essence, pre-approval—from the FDA to deploy COVID-19 tests.

According to former FDA officials, in previous outbreaks EUAs could be obtained in a matter of days; but during this outbreak, the application process reportedly became so complicated it took weeks to receive the authorization. Initially, labs were not allowed to begin testing until they got approval from the FDA, even if the lab had confirmed internally that the test worked. The FDA later relaxed this requirement, allowing certain accredited labs to begin testing as they awaited approval for an EUA—but not before weeks had passed when hospitals and labs were not able to use accessible COVID-19 tests.

Some companies had developed at-home tests developed in accordance with accredited labs. Just days after these tests became available and samples started coming in, the FDA announced that it had not approved any at-home COVID-19 tests. This prompted companies marketing the tests to pause their distribution and, worse yet, to destroy the samples they had already collected to comply with FDA bureaucracy. The at-home test kits used inner-cheek swabs, saliva, and throat swabs to collect samples, rather than the nasopharyngeal swabs of the back of the throat that are widely used—though the companies stated that the labs they were working with met federal standards for demonstrating the accuracy of the tests. The FDA insists, however, that its emergency guidelines for coronavirus testing do not apply to at-home tests, including self-collection of samples to be sent to a clinical laboratory.

The FDA is also holding up test kits from overseas: at least one South Korean firm, which is churning out 400,000 test kits a week, has been shipping the kits around the world, including to individual states in the US and private labs. The one remaining obstacle is FDA approval: according to one Korean CEO, “The biggest hurdle when it comes to the United States is getting the FDA approval.”

When the FDA rightly caught flak for its commitment to onerous and superfluous regulations during a public health emergency, the agency released a statement touting its “unprecedented flexibility” in allowing labs to develop and offer COVID-19 tests.

The testing capacity in the US is starting to increase. There are two kinds of tests available. The most common is the polymerase chain reaction test which uses a nasopharyngeal swab. There are multiple versions of the same test that have been approved with slight variations—for example, different tests target different sets of genes withing the COVID-19 virus. The other type of test is a serological test, which uses blood samples to detect antibodies the body produces to fight the virus. 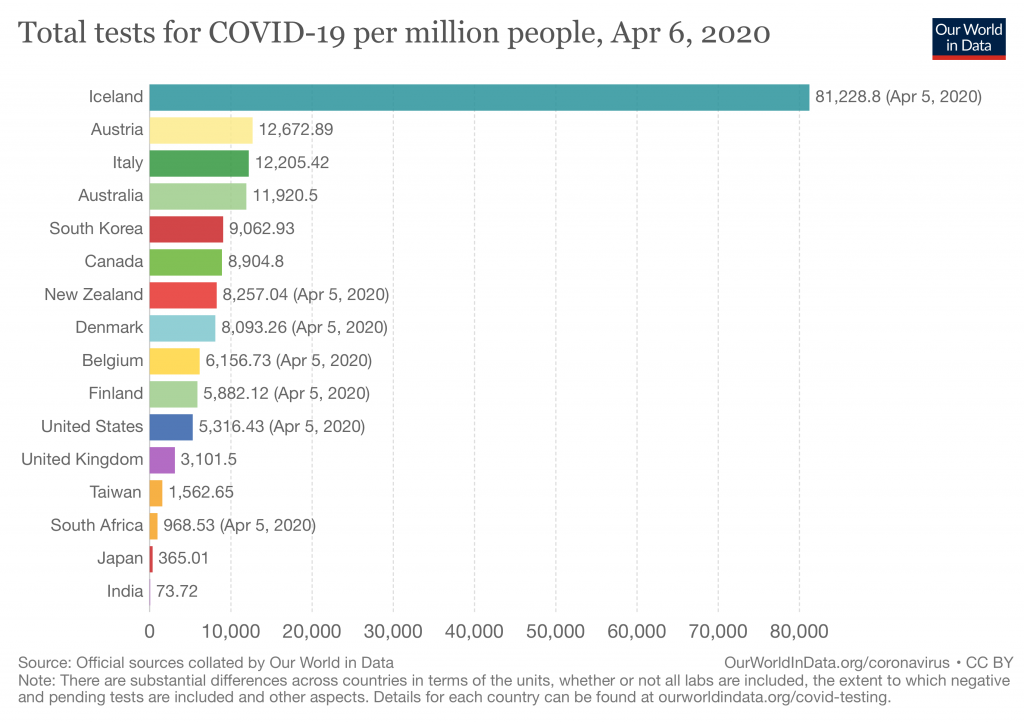 Even with increased capacity to test, regulations are still preventing widescale testing on par with other countries.

If ever there was a time for flexibility, it would be now, in the midst of a pandemic that could infect 40-70% of the world’s population this year. While we certainly do not want to open the door for fraudulent tests that do not give reliable results, companies should be allowed to innovate and create solutions where the federal government has failed so miserably at nearly every turn to meet the demand for tests during this pandemic.

Leave a Reply to hiroko I Cancel reply