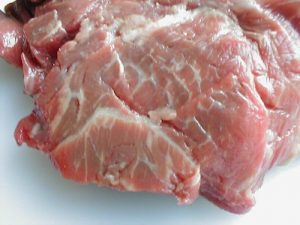 More and more countries are banning imports of American food products for safety reasons.
Last week, Indonesia became the first country to halt imports of US beef following the discovery of an American dairy cow infected with mad cow disease, or bovine spongiform encephalopathy. The disease is fatal to cows and can cause a deadly brain disease in people who eat tainted beef.
“We will lift the ban as soon as the US can assure us its dairy cows are free of mad cow disease,” said Rusman Heriawan, Indonesia’s vice agriculture minister. “It could be one month or one year. It depends on how long it takes to resolve this case.”
One would think the US government would immediately test beef to make sure it’s safe. But the USDA, which regulates the test, administers it to less than 1% of slaughtered cows. Worse, until 2007 it was illegal for private beef producers to test their own cows for the disease! Larger meat companies feared that if smaller producers tested their meat and advertised it as safe from mad cow disease, they too might be forced to test all their cows—so they persuaded USDA to block individual producers from doing the test. In 2007 a federal judge said this practice could no longer stand.
The highest risk occurs if animals or humans eat infected brain or nerve tissue. Meat unconnected to bone, milk, and hooves are supposed to be safe, but who knows for sure? The ultimate source of mad cow, of course, is the filthy and disease-ridden (not to mention inhumane) conditions in CAFOs, or concentrated animal feedlot operations.
In February, Taiwan began refusing meat products from the US because they contain ractopamine, a leanness- and growth-promoting drug used widely in pork and beef production in the United States. Taiwan has a zero-tolerance policy for the drug.
Ractopamine is banned in 160 nations including Europe because it is responsible for hyperactivity and muscle breakdown in pigs, and a 10% increase in their mortality rate. It was banned in China after more than 1700 people were “poisoned” from eating American pigs that had been given ractopamine. The drug bears the warning label, “Not for use in humans. Individuals with cardiovascular disease should exercise special caution to avoid exposure. Use protective clothing, impervious gloves, protective eye wear, and a NIOSH-approved dust mask’’—yet somehow it is considered safe in human food. How is this possible?
Most of the world’s developed countries ban, or have at least placed limits on, genetically modified organisms. The European Union and its member states, as well as Switzerland, Norway, Australia, New Zealand, Thailand, the Philippines, Saudi Arabia, Egypt, Algeria, Brazil, and Paraguay all have restrictions or outright bans on the use or importation of genetically engineered seeds, plants, or foods. A detailed map with the specific products banned in Europe is available here.
This is one reason the California Right to Know 2012 Ballot Initiative is so important. If California requires labeling products containing GMOs, it will be difficult for most manufacturers to create separate labels for their products sold in other states, so the labeling will become national. This is why we are trying to help the Right to Know Campaign raise one million dollars to drop a “money bomb” on Monsanto—to combat the anti-GMO propaganda and get this proposition passed in November. If you haven’t done so already, please make a donation to the Right to Know Campaign—and please give generously!