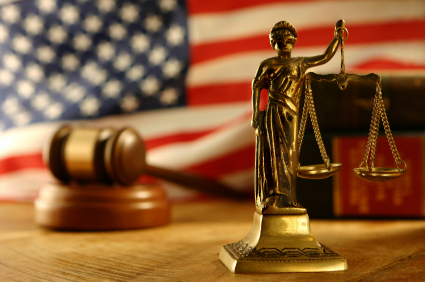 A federal district judge in Virginia has ruled that one of the central provisions in President Obama’s healthcare act is unconstitutional. ANH-USA has filed an amicus brief on the same provision, but in a different jurisdiction.

In the federal court opinion, Judge Henry Hudson wrote that the individual mandate clause in the healthcare act—the requirement that individuals purchase health insurance policies—exceeds the regulatory authority granted to Congress under the Commerce Clause of the Constitution. Compelling people to enter into a commercial transaction, Hudson wrote, was tantamount to “invit[ing] unbridled exercise of federal police powers.” He continued: “At its core, this dispute is not simply about regulating the business of insurance—or crafting a scheme of universal health insurance coverage—it’s about an individual’s right to choose to participate.”
The Justice Department, which is defending the statute, will appeal Hudson’s ruling to a higher court, and it may get fast-tracked immediately to the Supreme Court. The administration has said that if the provision in question eventually falls, related insurance changes would necessarily collapse with it—most notably the ban on insurer exclusions of applicants with pre-existing health conditions. However, Hudson denied Virginia’s request to prevent the entire law from being implemented. Instead, he specifically stated in his ruling that any portion of the healthcare law that does not rest on the individual mandate could proceed.
ANH-USA recently filed an amicus brief in support of famed attorney Jonathan Emord’s Ohio lawsuit to overturn the healthcare act. You may recall that we have our own lawsuit pending, which we filed along with the Association of American Physicians & Surgeons. Both our suit and Emord’s are based in large part on the unconstitutionality of the individual mandate provision.
We see the individual mandate, together with government’s mandate of what will be covered or allowed in the insurance, as a dagger aimed at medical treatments based on natural health. The trouble with one-size-fits-all medicine is that it will be defined by the AMA, drug companies, hospitals, and equipment companies—by the special interests with money and political clout—not by integrative physicians, and certainly not by the American public.
This is the problem with the recent bill that unites critics on both the left and the right: consumers shouldn’t be forced to transfer their money to giant companies in the medical-industrial complex. The healthcare act’s virtual repeal of high-deductible insurance policies is an example of this and a special concern of ours. These are the kinds of policies best suited for people who believe in natural medicine and have to pay for it out of their own pocket.

19 responses to “Breaking News: Judge Rules that a Provision in the Administration’s Healthcare Act is Unconstitutional”