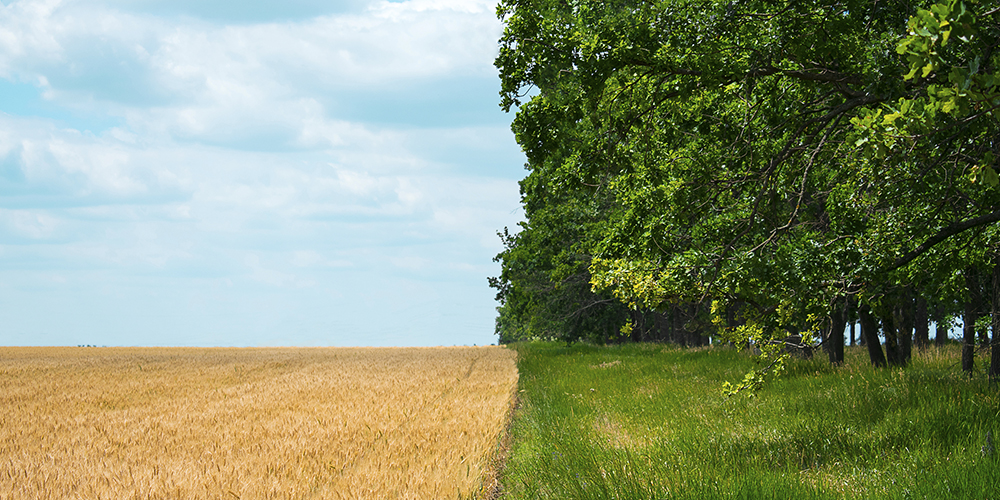 How the widespread use of weedkillers and an over-reliance on antibiotics compromise our ability to stay healthy, naturally.

A new generation of superweeds have been identified that are resistant to pesticides to which they have never been exposed; antibiotic resistant bacteria and fungi threaten to kill millions of people worldwide in a few years’ time. Established authorities are responding to these threats with more of the same: new weedkillers! New drugs! New Antifungals! We must pivot to sustainable approaches grounded in regenerative health and regenerative agriculture; that is, rather than treating sickness and destroying weeds with chemicals, we create healthy, resilient environments in the soil and the human body.

Weeds are evolving faster than the biotech industry can come up with new products, and in just ten years’ time we may be at a point when weed killers cease to be effective. A New York Times Magazine article provides stunning details of the explosive growth of Palmer amaranth, some populations of which are resistant to at least six different herbicides. Scientists think this is a new type of resistance. These weeds have developed enzymes that are able to break down weed killers immediately, a process called metabolic resistance. This enables the weeds to resist weedkillers they have never been exposed to.

The writing is on the wall that we’re nearing the end of the “pesticide treadmill,” a term coined decades ago referring to the slow escalation in the strength and quantity of the chemicals needed to control pests. A new chemical is developed to kill weeds, weeds become resistant to that chemical, so a new, more potent chemical is developed, and so on and so on.

The consequences of industrial agriculture and the “pesticide treadmill” are enormous. Resistant weeds have been estimated to cost $43 billion in crop losses each year for corn and soybeans alone. This has a cascading effect that drives up food prices: more expensive corn means more expensive feed which means more expensive meat, and on and on.

There is a striking similarity between the “pesticide treadmill” and the crisis of antibiotic resistance—when bacteria and fungi develop the ability to defeat the drugs designed to kill them. Antibiotic-resistant illnesses currently kill an estimated 700,000 people a year globally. By 2050, these illnesses are expected to kill 10 million people.

Both pesticides and antibiotics kill the microorganisms that are critical to human health and soil health. Antibiotics profoundly impact the gut microbiome, which is implicated in many health processes including aging. Antibiotic use in infancy, for example, can alter the gut and negatively impact immunity for years. Similarly, pesticides are harmful to the organisms that are critical to maintaining healthy soils, like ground beetles, ground-nesting bees, and worms. Antibiotics and weedkillers drive us away from the healthy balance that brings resilience.

Many current practices make antibiotic resistance much worse. Microplastics, which are ubiquitous in our waterways, are hubs for bacteria and antibiotic waste to attach and comingle; certain strains of bacteria elevated antibiotic resistance by up to 30 times while living on microplastic biofilms. Antibiotics are overused in many settings. The CDC has said that about a third of antibiotic prescriptions are unnecessary. They are misused and overused on factory farms to speed the growth of animals and protect them from the unsanitary conditions in the feeding lots. The use of weedkillers also increases the prevalence of antibiotic resistant bacteria in the soil relative to other soil bacteria.

Antifungal medications are becoming less effective for many of the same reasons—except that there are only three types of antifungal medicines, so options are much more limited. We reported previously on the use of triazoles to protect plants from fungal diseases, noting that these are the same medicines humans use. Fungi in the soil are exposed to triazoles through the agricultural use of the compounds in this fungicide, making the spores resistant. Then when triazoles are used in patients with a fungal infection, the drugs don’t work.

So, what’s the answer? To control weeds, scientists have been urging farmers to engage in practices that are commonplace in regenerative agriculture: rotating crops, hand-pulling weeds, composting, avoiding artificial and synthetic fertilizers, and shifting from feeding lots to well-managed grazing practices. These practices rebuild soil health, restore plant nutrient density, and sequester carbon in the soil. Such a transition obviously requires major changes in how large-scale farming operations are conducted. These practices are labor intensive and account for much of the premium we pay for organic produce. But farmers, in the end, may be forced to “return to their roots,” so to speak, to continue farming as chemical weedkillers become obsolete.

We’ve covered the alternatives to antibiotics for many years (see here and here). There are many natural medicines that have shown their ability to fight off these infections, from essential oils, vitamin D, ozone therapy, and nanosilver. It is maddening to see conventional medicine continue to rely on drugs when there are potent natural options available to fight these deadly illnesses. We’ve also reviewed how to use natural medicines to shore up immunity to resist infections.

All of this supports a view of regenerative agriculture and regenerative health. There are similarities between the overuse of pesticides driving resistant weeds and the overuse of antibiotics driving “superbugs,” or the idea that we can vaccinate our way to health during COVID, staying ahead of the mutating virus with ever more booster shots rather than creating health by building immune resilience. Natural, regenerative health is about creating a healthy environment in the body through proper nutrition, lifestyle, and supplementation, just as regenerative agriculture is about creating a healthy environment for plants to grow and thrive. We abandon these principles at our own peril.