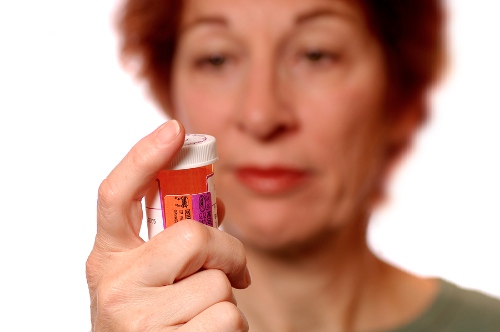 LDL cholesterol is demonized, but we’ve told you the other side of the story. Now a new discovery adds to the growing list of health benefits.

There may be a link between low levels of “bad” low-density lipoprotein (LDL) cholesterol—that is, not enough of it—and increased cancer risk, according to new research. Scientists at Tufts University looked at 201 cancer patients and 402 cancer-free patients. They found that cancer patients who never took cholesterol-lowering drugs on average had lower LDL cholesterol levels for an average of about 19 years prior to their cancer diagnosis. In other words, they were “healthier” according to the LDL demonizers in today’s medicine.
Previous studies, which looked at patients who did take cholesterol-lowering drugs, also suggested a strong link between low LDL cholesterol levels and higher cancer risk.
This finding underscores what we have said before. The “HDL cholesterol is good and LDL is bad” message being perpetrated by mainstream medicine is at the very least an oversimplification. LDL is needed by the body to build new muscle, which is important as we age. LDL can protect the brain as we age, and low levels of it can escalate problems such as dementia and memory loss. As Dr. Joseph A. Mercola points out, cholesterol is neither “good” nor “bad,” and attempts to artificially lower your cholesterol can be quite dangerous, in part because of serious side effects such as muscle damage.
So why does mainstream medicine demonize LDL cholesterol? Could it be because it benefits the billion-dollar cholesterol drug industry? Statin drugs are taken by one in four Americans over age of 45, and if patients stopped buying cholesterol drugs, Big Pharma would be in a serious financial crisis. In fact, as soon as the study’s cancer findings were published, a heart “expert” immediately warned that “statins used for LDL reduction shouldn’t be stopped if there is an appropriate use to lower heart disease risk.”
So mainstream medicine’s advice is to hang onto these “miracle drugs” even though they have been linked to nerve damage, muscle damage, liver enzyme derangement, tendon problems, anemia, acidosis, cataracts, sexual dysfunction, an increase in type 2 diabetes, and now cancer.
In the long run, statins are going to be a bonanza, but for the trial lawyers, not the drug companies. But by then it will be too late for those taking them now.

30 responses to ““Bad” LDL Cholesterol May Protect Us Against Cancer”