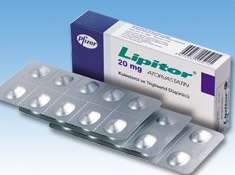 Statins are taken by one in four Americans over the age of 45, even though diet can fix high cholesterol quicker and more safely. Here’s new evidence of the drugs’ dangers.


A University of Massachusetts Medical School study has found that statins significantly increase risk of type 2 diabetes among postmenopausal women—an increased rate of 48% compared to those not on cholesterol-lowering drugs. The data comes from the massive Women’s Health Initiative, which surveyed 161,808 women.

Interestingly, this is not the first study to reveal such a link. A 2011 study found that the risk of adult-onset diabetes is much higher in patients who take high doses of statin drugs. And a 2010 meta-analysis found that statin therapy of any dosage was associated with 9% greater risk of diabetes.

But in the face of this research, the media is bending over backwards to say that the risk of statins do not outweigh the “benefits”! The headline of the Associated Press article (which was picked up by countless media outlets) says that statins are linked to “small diabetes risk,” calling them “cholesterol-lowering wonder drugs.”

The article continues, “Specialists say people who most need statins because of a high risk for a heart attack should stick with the drugs,” and quotes a doctor not involved with the research as saying, “What I fear here is that people who need and will benefit from statins will be scared off of using the drugs because of reports like this.” The AP also notes that more and more doctors are urging otherwise healthy people to use the pills as a way to prevent heart disease.

Conspicuously absent is any reference to recent findings from mainstream medical authorities that statins show no benefit whatsoever in reducing cardiovascular disease risk among patients who are currently at low risk of heart attack.

WebMD’s analysis of the study quickly states, “Experts say the evidence as a whole suggests that the risks are slight and that for most women who take statins, the benefits for preventing heart attack and stroke outweigh those risks.”

Let’s look at some of those “benefits.” As we reported recently, statin drugs:

This is all in addition to the blood glucose elevation and increased risk of diabetes.

Even more outrageously, some years ago the British Medical Journal advocated widespread use of a polypill that combines six different drugs—a statin, three low-dose antihypertensives (thiazide, an ACE inhibitor, and a beta-blocker), folic acid, and aspirin. In an editorial last year, MedPage Today, a service for physicians that gives medical news from a clinical perspective, suggested putting this combination directly into the water supply—though, it said, “we could probably drop the folic acid.”

(Dropping folic acid is not a bad choice, actually: it’s a synthetic, oxidized form of the B vitamin which can build up in the bloodstream and may become carcinogenic if you have too much. If you want plenty of natural folate, eat lots of dark green vegetables or get the reduced form, 5-methyl tetrahydrofolate [5-MHTF] in high-quality supplements!)

Now let’s contrast mainstream media’s support of statins and other dangerous drugs with their negative coverage of natural approaches to good health, including supplements. Look how many recent articles have made outrageous and demonstrably false statements like antioxidants not necessarily being good for one’s health, or vitamin use leading to an earlier death. The ultimate irony is that any time safety issues with very high-dose supplements have cropped up, as shown with beta-carotene and later with vitamin E, they’ve always been linked with the isolated, pharmaceutical forms of these vitamins, not the natural forms.

Remember the media coverage around the vitamin D study last November? The media said that people who take too much vitamin D were 2½ times more likely to develop atrial fibrillation—which, as we reported, the actual study absolutely did not say—thus scaring people away from an essential supplement. This is especially tragic since at least one-third of all Americans are actually deficient in vitamin D.

Do we really need any further evidence that conventional medicine, multinational pharmaceutical manufacturers, and the advertising industry are working hand-in-hand to further their own interests—and are using a compliant media (who are utterly dependent on advertisers) to carry out their agenda?