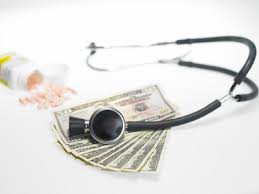 Medicare prices and policies flow through all of medicine.

In another article in this week’s issue, “What If Grocery Stores Were Run Like Healthcare?,” we discussed the absence of transparent pricing in medicine. Of course there are prices, although it can be very difficult to discover what they are. Many of the prices are set by the Medicare system, which in turn is heavily influenced by a committee of the American Medical Association. This committee is full of specialists and its main job seems to be to keep nurses from doing things they are fully qualified to do and to ensure that specialist physicians are paid better than generalists. Here is how the system works (or does not work):


Unfortunately Medicare pricing not only governs the Medicare system. It also serves as the foundation for private insurance. The two are more closely connected than people realize. Most of Medicare is run by private insurers who find it more convenient for tie the two systems together as closely as possible.

To make medical pricing work better, we need to bring it out into the light of day, let consumers know what things cost, and give them a way to reward hospitals and doctors who provide better care at a more reasonable cost.


This article was adapted from chapter 13 of ANH-USA Board President Hunter Lewis’s new book Crony Capitalism in America 2008–12.
Share This Post