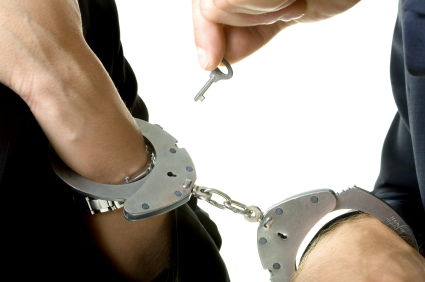 There is a surprising reason why the government won’t go after drug companies for serious crimes.


It is because government programs like Medicare, Medicaid, and the Veterans Administration would then be barred from doing business with them!

In 1999 the FDA approved Vioxx, a drug created by Merck and Co. to treat arthritis. Vioxx was pulled off the market in 2004 because evidence showed it greatly increased the risk of heart attack in the 25 million Americans who had taken the drug. Some 50,000 patients sued, and 27,000 of the plaintiffs received $4.85 billion in settlement of their claims.

Last week the Department of Justice announced that Merck has agreed to pay a $321 million criminal fine and plead guilty to one misdemeanor count of illegally introducing a drug into interstate commerce. Merck also is paying $426 million to the federal government and $202 million to state Medicaid agencies. Those payments will settle civil claims that its marketing caused doctors to prescribe and bill the government for Vioxx they otherwise would not have prescribed.

Please note that these settlements are for rather minor infractions—not for deliberately concealing the danger of a killing drug from patients, the medical community, and their investors. Despite the serious consequences of Merck’s actions, the government won’t prosecute them for any serious charges—because, if they did and won, it would mean they would have to stop doing business with Merck in the future! Federal law makes it illegal for Medicare and Medicaid to do business with “an excluded or debarred entity resulting from serious criminal charges.”

This means that when a company becomes too deeply enmeshed in the government’s business, these companies simply become too big to prosecute!


Paying fines without serious criminal charges does not appear to be enough of a deterrent. A new report from the consumer group Public Citizen shows that the pharmaceutical industry now leads all other industries in fraud against the federal government—and that includes the defense industry! Big Pharma led the pack in the total amount of fraud payments for actions against the federal government under the False Claims Act. Four companies (GlaxoSmithKline, Pfizer, Eli Lilly, and Schering-Plough) accounted for more than half (53 percent or $10.5 billion) of all financial penalties imposed over the past two decades.

In 2006, Dr. David Graham, associate director of the FDA’s Office of Drug Safety and a courageous whistleblower, said in an interview, “The FDA is responsible for 140,000 heart attacks and 60,000 dead Americans. That’s as many people as were killed in the Vietnam War. Yet the FDA points the finger at me and says, ‘Well, this guy’s a rat, you can’t trust him,’ but nobody is calling them to account. Congress isn’t calling them to account. For the American people, it’s dropped off the radar screen. They should be screaming because this can happen again.”

If a supplement killed 60,000 Americans, what do you think the reaction would be? It would be pulled from the shelves, the FDA would outlaw it, and the media would be screaming about the dangers of supplements. Vioxx does the same thing, and the FDA gives Merck a slap on the wrist and gets a financial settlement.

As Public Citizen told NPR, “The current system of prosecution and recovery isn’t working, because companies can take even the biggest settlements in stride. What’s needed is more criminal prosecution—and the prospect of jail time for Pharma executives.”

ANH-USA is not trying to put anybody in jail. But if we pass laws, they should apply to everyone, including members of Congress and big companies, whether on Wall Street or in the drug industry. Crony capitalist arrangements between government and special interests should never be allowed to create a special category of “too big to prosecute.”

46 responses to “Merck—Too Big to Prosecute?”