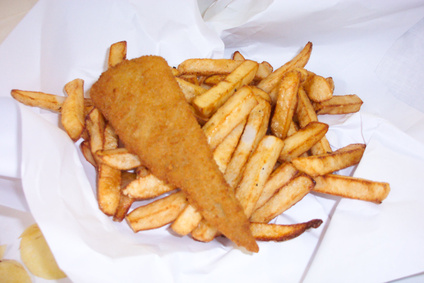 Isn’t rotting meat and pizza as a vegetable bad enough? Do kids have to have a big dose of mercury too? Action Alert!
Dogfish may not previously have been on your menu. Indeed, most people have never heard of it. That makes it all the easier to dump this unsafe fish into the school lunch program.
Apparently there is an overpopulation of dogfish (otherwise known as “trash fish”) which is edging out the supply of other more profitable fish. This has led the fishing industry and their New England politician friends to want to slip unwanted dogfish into the school lunch program and federal prison programs.
What they don’t mention is that this fish is extremely high in mercury—fifty times higher than some species—and women of reproductive age and children are warned not to eat it. Like other unlabeled fish, the dogfish will almost certainly be served in generic fish filets and fish sticks, or mixed in with other generic fish in meals like fish tacos, and no one will be the wiser.
The World Health Organization has determined that the mercury found in fish is toxic to the central and peripheral nervous system and can produce harmful effects on the nervous, digestive, and immune systems, lungs, and kidneys. If there is too much mercury, it may be fatal. More common symptoms may include tremors, insomnia, memory loss, neuromuscular effects, headaches, and cognitive and motor dysfunction. More commonly still, the mercury does its damage silently without obvious symptoms.
This isn’t the first time we reported that crony capitalism is flourishing in the federal school lunch program, and discussed how it is endangering our children’s health. Some of the biggest school lunch suppliers, together with their congressional lapdogs, have strong-armed the USDA and twisted the regulations to say that the tomato paste on pizza is “a vegetable” and should count toward the daily intake of healthy vegetables. They also got the limit on starches lifted so that kids could be served unlimited servings of French fries, another so-called “vegetable.”
We have also recounted how government surplus meat, often rotting, is irradiated and also dumped into the school lunch program.
So why is the school lunch program in particular a target for such underhanded tactics?
It’s all about money, of course. Each year 32 million children get their lunch at schools as part of the federal school lunch program, at a cost of $13.3 billion a year. According to the New York Times, the Agriculture Department gives schools about $1 billion a year in surplus food; many schools then pay processors to turn it into fried chicken nuggets, fruit pastries, pizza, and the like. The Michigan Department of Education, for example, gets free raw chicken worth $11.40 a case—then sends it for processing into nuggets at $33.45 a case. The schools in San Bernardino, California, spend $14.75 to make French fries out of $5.95 worth of potatoes. In all, some $445 million worth of commodities are sent for processing each year.
One-quarter of all lunches in the country are managed by Big Food management companies (Sodexo and Aramark are the heavy hitters here), which churn out low-cost junk food and develop cozy relationships with food processors who give them “rebates” (some might call them bribes). These arrangements do not have to be disclosed to the schools, which don’t see any of the rebates—the food management companies keep every penny. Sodexo, by the way, is a member of the Partnership for a Healthier America, devoted to ending childhood obesity, whose honorary chair is Michelle Obama.
What kind of society would do this to its children? And aren’t we all partly to blame for looking the other way when the young and vulnerable need protection?
Action Alert!Tell the USDA to ban dogfish, high in toxic mercury, from the federal school lunch program!

4 responses to “What Are They Putting into School Lunches Now?”