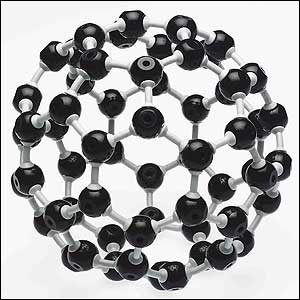 The FDA allows manufacturers to add potentially toxic nanomaterials to any food without notifying anyone, or even putting it on the label, even organic food. Action Alert!
This outrageous state of affairs was highlighted in a February 2010 report by the US Government Accountability Office (GAO), which found that the FDA has completely dropped the ball in ensuring the safety of additives to the food supply.
But first, a bit of history. The GRAS (Generally Recognized As Safe) designation was created in 1958 to exempt common foods from needing approval as a food additive. Foods that have been eaten for millennia, such as salt, nutmeg, and vinegar, were grandfathered in and considered safe. From the beginning, manufacturers were allowed to decide for themselves whether an ingredient was GRAS, without the FDA being involved.
In 1997 the FDA announced a voluntary notification system. Food manufacturers were now asked (but not required) to inform FDA of any new food additives that they (the manufacturer) had determined to be GRAS. However, the FDA never issued the rules governing notification in their final form. Sixteen years later, they are still pending.
Over the next fifteen years, 451 such GRAS notifications were made by manufacturers.
A new report in JAMA Internal Medicine revealed that 100% of those GRAS determinations were made by someone employed either directly or indirectly by the maker of the food in question.
“The companies hire a consulting firm to get experts for them, and the experts write a letter to FDA saying this additive should be considered GRAS,” says Marion Nestle, a professor of nutrition at New York University who wrote a commentary to accompany the JAMA report. “There are whole companies that are in the business of recruiting scientists to sign off on these things.”
Even more alarming is that only a small percentage of all the new ingredients determined by their manufacturer to be GRAS are even reported to the FDA. Thomas Neltner, lead author of the JAMA study and director of the food additives project at the Pew Charitable Trusts in Washington, DC, believes that the FDA receives notification of only one out of every seven new additives. “That number could also be a lot higher. We really don’t know,” said Neltner.
There are more than 4,300 food ingredients on the GRAS list.
In 2010, motivated in part by the rapid introduction of nanomaterials into the food supply, Sen. Tom Harkin (D-IA) and Rep. Rosa De Lauro (D-CT) commissioned a GAO report to scrutinize the FDA’s limited oversight of the GRAS rules. They set out to determine whether FDA is ensuring the safety of both new and existing GRAS ingredients, and whether FDA is adequately protecting the food supply from nanomaterials. The FDA struck out on all points, with the GAO concluding:

“Engineered nanomaterials” means deliberately created, as compared to nanomaterials that occur naturally or are created incidentally, such as by milling flour.
The GAO issued six recommendations to the FDA on February 3, 2010:

To date, none of these six sensible recommendations have been implemented. In 2012 FDA opened comment on a draft guidance assessing the effects of nanotechnology, but it has yet to be issued.
Shockingly, there is no prohibition against nanomaterials in organic products. The National Organics Standards Board (NOSB) recommended that nanotechnology be banned in organics and created recommended threshold levels. While the National Organic Program (NOP) adopted the recommendation in 2010, they appear to be stalling and have not yet implemented formal regulations and guidance.
Those who argue against a ban on nanoscale materials in organic food say that it would be a form of discrimination that is purely “size-driven.” However, these extremely small sizes—a nanometer is one billionth of a meter—dramatically change the properties of a substance that is engineered to be that tiny.
How small is a nanometer? A human hair is approximately 100,000 nanometers wide. Shrinking a marble to a nanometer in diameter would be the equivalent of shrinking the Earth to a single meter in diameter. A nanometer is the length your fingernails grow in one second.
As we reported in 2012, engineered nanoparticles:

Clearly these minute laboratory creations have no place in organic food! There is room for vast improvement of the entire GRAS system, which allows manufacturers to decide which new food additives are safe, and which are not.
We’re working first on getting nanomaterials banned from organic foods. Action Alert! Please tell USDA to prohibit these dangerous, largely unstudied particles from food that is certified organic.