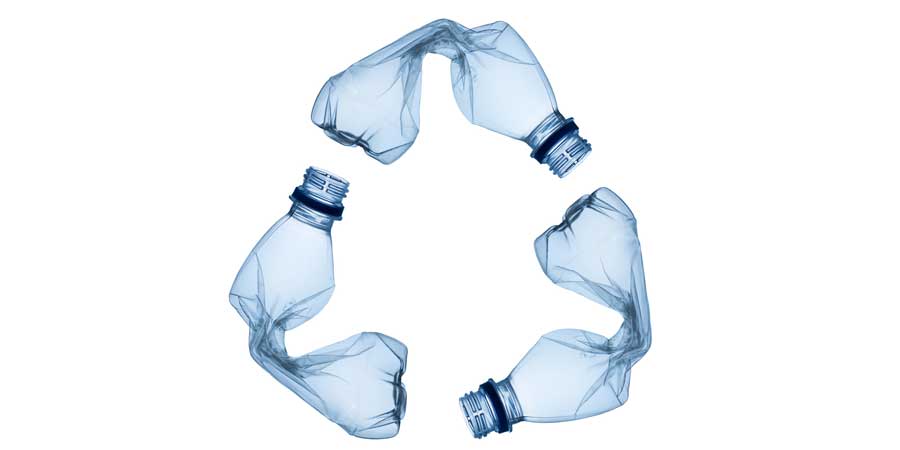 Not directly, but indirectly this is just what an out-of-control Federal Trade Commission is doing. In the process, it is rejecting science and making new rules illegally. Action Alert!
A recent FTC ruling on biodegradable plastics could put a chill on any environmentally friendly new product. ECM Biofilms, a company that produces additives for plastic products, was recently the target of an FTC suit for false advertising. ECM had developed an additive that, when incorporated into plastic, renders the plastic biodegradable, but the FTC claimed in its suit that ECM hadn’t proved its biodegradability.
What followed was a trial-type hearing, after which the FTC administrative law judge (ALJ) ruled that the additive worked. He credited over twenty state-of-the-art gas evolution tests which showed that the ECM additive, when heat-melded into conventional plastics, did indeed cause plastics to become intrinsically biodegradable and accelerated the biodegradation of those plastics. He found that the scant contrary evidence offered by the FTC staff was not credible.
Unfortunately, the FTC (that is, the full Commission) rejected both the ALJ’s decision and the generally accepted science. Instead, the Commission came up with an arbitrary rule that nothing could be said to be “biodegradable” unless it completely broke down into elements in nature within five years after customary disposal in a landfill. Why five years? According to the FTC, that is what “a minority” (11 to 20%) of consumers expect when they see the word “biodegradable” on a product’s label.
In oral arguments, the FTC prosecutor went so far as to say, “We certainly don’t hold consumers to a scientific definition. What makes a claim reasonable is whether a significant minority of consumers collectively hold a belief about a particular term.” Translation: in determining if a label is misleading, scientific fact is less important than what a small group of consumers happen to believe—or what the agency says they believe.
And voilà, out of thin air, we have a new standard created completely outside of congressional authority or a formal rulemaking process, based on what the agency claims a small subset of misguided consumers think “biodegradable” means!
Here’s the catch: according to the scientists (including the government’s own experts), no product reliably breaks down in nature in five years, not even intrinsically biodegradable substances like bananas, pieces of wood, apple cores, or paper. The rate of biodegradation depends on environmental variables that cannot be predicted in advance of disposal (temperature, moisture content, presence of biodegrading bacteria, etc.). In other words, the FTC has adopted a standard that no one can meet, which means it adopted a standard that censors use of the term “biodegradable” even on intrinsically biodegradable substances!
This decision has obvious ramifications for the plastics industry (and for agriculture in particular, which needs but won’t have ready access to biodegradable plastics), but it could also dangerously expand FTC authority in other areas, including dietary supplements. If the FTC holds companies responsible for what a minority of consumers are said to believe about a given claim on a label, no matter how erroneous that belief is, just imagine how that will affect your herbs and amino acids and other supplements!
As Emord & Associates argue, what if the FTC decided that a minority of consumers think the phrase “a good source of vitamin C” was an implied cancer claim? Would those supplement companies be guilty of false advertising? The logic of the FTC’s decision is a patently absurd view that, if widely applied, will scare companies into removing truthful scientific information from their product labels—information that helps consumers make informed choices.
The FTC has a history of setting arbitrary standards and rejecting sound science. You may recall the POM Wonderful FTC case in which the FTC attempted to bar the fruit juice company from advertising any so-called “implied disease claims” without two random-controlled trials (RCTs)—an FDA labeling standard for prescription drugs. Although POM had spent an eye-popping $35 million on peer-reviewed scientific research to support the advertising claims it was making, the FTC brushed this aside because the studies were not RCTs. The FTC unnecessarily, arbitrarily, and illegally decided to use an FDA drug standard for disease claims in advertising—actions well beyond its simple mandate to ensure that advertisements are not deceptive or misleading. We believe they were put up to doing this by the FDA, because the FDA knew it could not get away with doing the same.
The two-RCT standard was subsequently struck down as unconstitutional by a DC appeals court—with the caveat that a one-RCT standard could be needed.
The biodegradable plastics case is yet another example of the FTC rejecting science, adopting instead a completely arbitrary standard, and creating law without congressional approval and without going through any formal rulemaking process.
Those interested in learning more and supporting the important work being done by Emord & Associates can do so here.
Action Alert! Write to the FTC and tell them that their recent ruling on biodegradable plastics sets a very dangerous (and absurd) precedent, and ask them to reverse their ruling. Please send your message immediately.

Other articles in this week’s Pulse of Natural Health:
Are GMOs a “Natural” Food?
Are Cardiologists Dangerous?