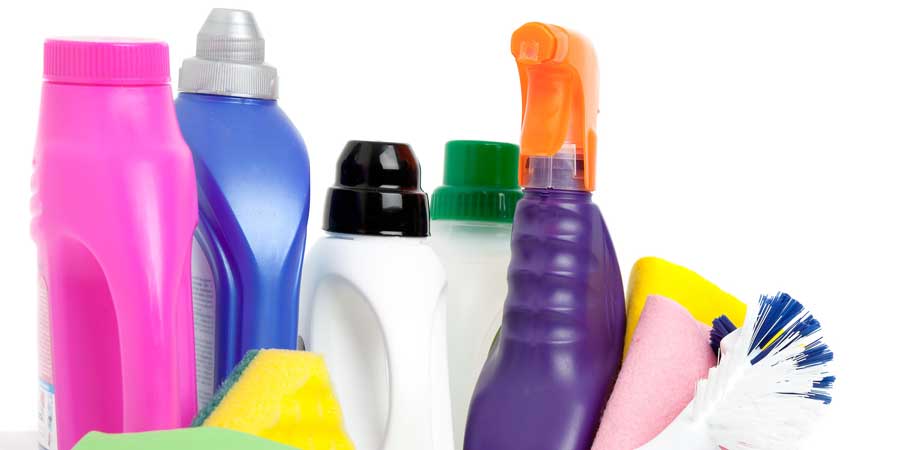 This is not how the system is supposed to work. Action Alert!
We are exposed to chemicals every day: in our food, drinking water, shampoo, carpeting, hand sanitizer, household cleaning products, etc. ANH-USA’s coverage of BPA and phthalates has shown just how dangerous some of these chemicals can be. After all, most of us assume that these new-to-nature substances have gone through some kind of safety testing to ensure that they’re safe for human use.
The sobering truth is that the Environmental Protection Agency (EPA) has only tested about 250 of the 84,000 chemicals registered for use in the United States, and has banned or placed restrictions on only nine.
The Toxic Substances Control Act of 1976 (TSCA) tasks the EPA with protecting American citizens from chemicals that are harmful to human health. But under this law, chemicals are assumed to pose no health risk unless the EPA proves otherwise! To make matters worse, the EPA has conducted safety assessments on chemicals at a stunningly glacial pace: under George W. Bush, the EPA averaged five chemical assessments a year. Did it pick up under President Obama? No—it slowed even further. The reports that do eventually get published take an average of seven years to complete.
As one author colorfully described it, EPA’s “approach to [chemical] regulation is as swift and sure as molasses shot from a gun in January.”
Another reason for this delay is, unsurprisingly, interference from the chemical industry, which has been able to exert its influence in both Congress and the White House so that any move to restrict or ban dangerous chemicals is obstructed or delayed.
So far, two bills have been introduced this Congress to update the TSCA. The two bills have been introduced, one by Sens. David Vitter (R-LA) and Tom Udall (D-NM), and the other by Sens. Barbara Boxer (D-CA) and Ed Markey (D-MA).
The Vitter-Udall bill has been criticized for being heavily influenced by the American Chemistry Council—the final draft originated with the chemical industry itself. Sen. Vitter has long been an ally of the chemical industry, as demonstrated when he single-handedly stalled an EPA appointee until the EPA agreed to get a second opinion about formaldehyde’s link to cancer—a link that had already been confirmed by the World Health Organization and the National Toxicology Program! (And by the way, don’t forget that formaldehyde may be in vaccines, and the artificial sweetener aspartame may turn into formaldehyde when overheated). Sen. Vitter’s campaign received more than $123,000 from the chemical industry. Sen. Udall has also taken money from the chemical industry.
The Vitter-Udall bill has some positive measures that would strengthen chemical safety. It would mandate that the EPA consider the risks to citizens—not the cost to industry—when assessing chemicals. It would also require the EPA to review at least twenty-five chemicals within the first five years after the bill is passed, and would set mandatory deadlines for the EPA to conduct these reviews. Unfortunately, such congressional mandates are often disregarded by agencies.
The bill also has a number of problems. For example, it would instruct the EPA to separate chemicals into “low priority” and “high priority” designations, and low priority chemicals are likely not be reviewed at all. The most troubling provisions would preempt state action against chemicals when they are under review by the EPA, creating what one senator called a “death zone,” a period where the public is left unprotected while the EPA conducts one of its lengthy reviews. Because the EPA has been so slow to take action, states have often taken the initiative in chemical safety regulation.
The bill was approved by the Environment and Public Works Committee by a vote of 15-5. It is expected to go before the entire Senate sometime in the next few weeks.
The Boxer-Markey bill goes much further to improve and update current chemical regulations, but unfortunately it doesn’t have the momentum that the Vitter-Udall bill has. This bill would not preempt state action, would require immediate action on chemicals that accumulate in the body, and would ensure that all chemicals in the market are reviewed by the EPA.
While there seems to be a broad consensus that something must be done to address the appalling state of US chemical regulation, the Vitter-Udall bill, in its current state, simply does not go far enough to protect Americans from dangerous, toxic, and cancer-causing chemicals. With between 500 and 1,000 new chemicals introduced each year on top of the 84,000 already on the market, how does setting a goal of five EPA assessments every year meaningfully protect consumers from potentially dangerous chemicals?
Action Alert! Write to your senators and urge them to support the Boxer-Markey chemical safety bill, which takes real steps in protecting Americans from dangerous chemicals. Please send your message immediately!

2 responses to “New Hazardous Chemical Bill—Drafted by the Chemical Industry!”