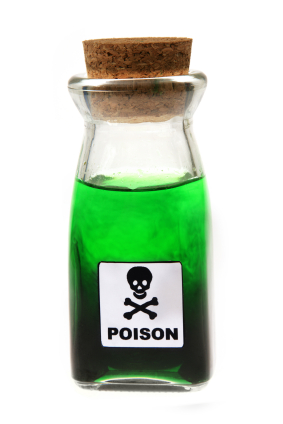 For generations, physicians were taught that “the dose makes the poison,” a “fact” first espoused by the Swiss alchemist Paracelsus (1493-1541).Indeed, many current physicians insist that this holds true for modern pharmaceutical drugs: i.e., the dosage determines whether a medicine is toxic or a cure.
Now Dr. Pete Myers — founder, CEO and chief scientist at Environmental Health Sciences (EHS), a Charlottesville, Va., public-health advocacy group — is arguing that Paracelsus’ determination is all wrong when it comes to hormone disrupters, such as bisphenol A (BPA).
These endocrine disrupters are unbelievably widespread (90 percent of Americans carry traces of BPA in their body). Myers believes that even tiny doses of these chemicals “may well explain the mysterious rash of modern ailments — attention-deficit disorders, thyroid problems, obesity, precocious puberty in girls, hormonally influenced cancers that have gone from rare to commonplace”.
In recent decades, testosterone levels have declined and estrogen levels increased in men. Why? Research published in the British journal New Scientist has shown that two plastic softeners called phthalates, also in our bodies, said to be inconsequential when used separately, can effectively decrease the production of testosterone when combined.
FDA Commissioner Margaret Hamburg has announced that over the next 18-24 months, $30 million of stimulus money will be spent to study BPA’s effects on human health. In the meantime, Hamburg’s agency has failed to act on ANH-USA’s petition to consider the effects on children of dental sealants and composite fillings containing BPA . The FDA remains silent about this subject.

17 responses to “Poison: How Little is Too Much?”