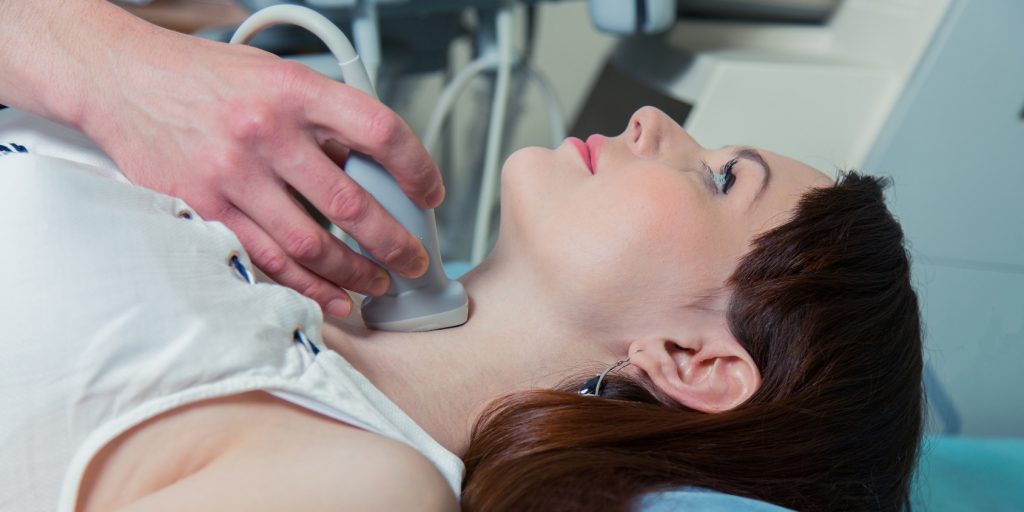 What is “functional hypothyroidism”? Functional hypothyroidism is having physical signs and symptoms of weak thyroid, even though the thyroid gland is healthy and actually making too much—not too little—of one of the many thyroid hormones! How can that happen? It happens when the thyroid gland is making too much “reverse T3” (and in the 21st century, that’s not at all unusual), but testing reverse T3 (“rT3”) is totally ignored by conventional practitioners ordering “routine” thyroid testing.
rT3 is secreted by all human and animal thyroid glands. What does it do? rT3 blocks the action of “free T3,” the thyroid hormone that increases metabolism in nearly every cell in our bodies. Why would our bodies make such a hormone?
To help us survive starvation! No kidding! In the long history of humans on planet Earth, there have been times when there’s not been enough food available. Haven’t we all heard or read about “times of famine, times of plenty”?
When famine arrives, and little or no food is available to eat, rT3 levels rise. The longer the famine, the more rT3 there is. rT3 “sits in” the free T3 receptor, blocking the action of free T3, so the metabolism slows further and further to conserve energy and help the starving person live longer—hopefully until food arrives.
Have you ever seen pictures of starving children in other countries, just sitting there, doing nothing, not acting childlike at all? Their levels of rT3 are at a maximum, blocking the “free T3 from letting them have children’s energy. But you’re not starving, so why should you have your rT3 measured with your other thyroid hormones? Wouldn’t that be just a waste of money?
Not at all! Dr. Davis Lamson at Tahoma Clinic reviewed 2,092 almost complete thyroid test panels (TSH, total T4, free T4, total T3, free T3, and reverse T3) ordered by physicians suspecting hypothyroidism. (Totally complete test panels include “thyroid antibodies.”) Precisely 50% were abnormal—not a surprise, as the physicians who ordered the tests suspected thyroid problems. rT3 was high in 680 (32.5%), TSH was elevated in 251 (12%), and only 151 (5.5%) had other abnormalities.
Remember, when rT3 is high, the rT3 molecules are blocking the receptors for free T3, so metabolism slows and we are hypothyroid, not because of insufficient active thyroid hormone, but because its action is being blocked! But none of the 680 individuals with elevated rT3 were starving, or even close. So what happened?
Toxic metals, that’s what! For most of the history of planet Earth, there was little to no toxic metal pollution. Ice in Greenland has been found to contain lead from lead mining halfway around the world during Greek and Roman times, but this is reported[1] to be only 15% of the massive pollution caused by lead in gasoline during the 20th century. We all know that pollution, including toxic metals, has continued to worsen right into the 21st century.
Tahoma Clinic physicians have observed that virtually every individual with an elevated rT3 also has significantly elevated toxic metals. High levels of toxic metals are discovered through an intravenous chelation test, which is an intravenous infusion of the chelating agents EDTA and DMPS, followed by urine collection for six hours, which is then analyzed for toxic as well as nontoxic minerals.
For these obviously non-starving individuals with elevated rT3 and high levels of toxic metals, chelation therapy is associated with normalization of rT3 in nearly every case. As the toxic metals are removed, and the reduced number of rT3 molecules can no longer block the free T3 receptors, and improvement occurs in the clinical signs and symptoms of hypothyroidism. In these individuals, chelation therapy of toxic metals, chelating them out of the body—not taking thyroid supplements—actually reverses symptoms of hypothyroidism (weak thyroid).
In this group of 2,092 individuals, 680 had weak thyroid due to toxic metals elevating rT3 and blocking free T3 receptors, while 402 were found to have weak thyroid diagnosed by elevated TSH and other thyroid testing abnormalities. That’s over 50% more in the “caused by toxic metals” group! That means that over 50% of “functional hypothyroidism” (remember, that’s weak thyroid function even though the thyroid hormones usually tested are within normal)  will be missed by doing just “routine” thyroid tests.
These are just our statistics, and of course won’t be identical everywhere. However, if you’ve been advised to have thyroid tests done, insist that these tests include “free T3” as recommended by Dr. Denis St. John O’Reilly (see article starting on page XX) and the “reverse T3” blood test. If you’re working with a conventional medicine doctor, insist on discussing symptoms and body signs of weak thyroid[2] too, as this part is of a diagnosis is frequently omitted. Without all this information, you have a much better than 50% chance of missing a diagnosis of hypothyroidism!

[2] For an excellent listing of body signs and symptoms of hypothyroidism, “go to”
http://hypothyroidmom.com/16-signs-you-might-be-hypothyroid-10-tips-to-help/