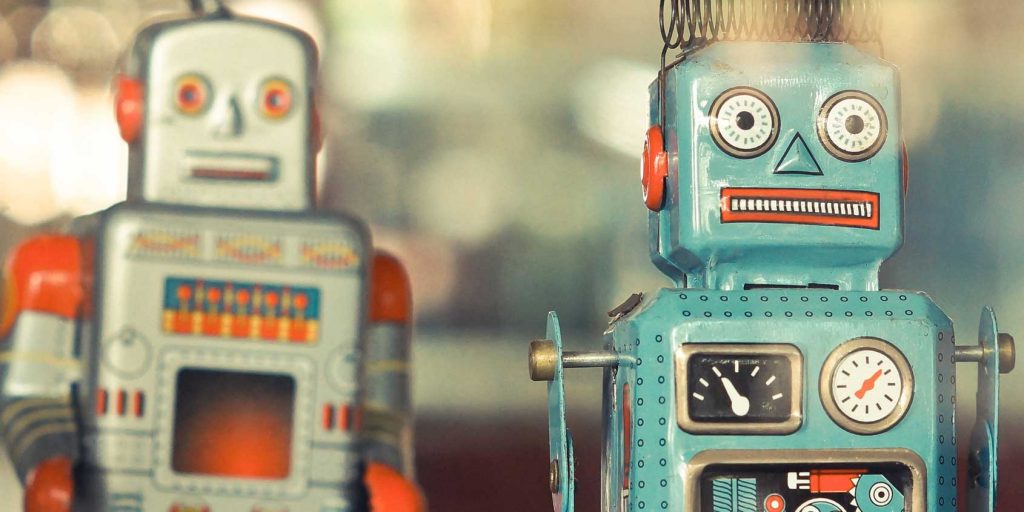 Do you want your doctor to be your doctor because she or he really wants to help you and other people, or because “it’s a job”? Since the start of “third-party medicine”—otherwise known as “healthcare insurance”—the physician-patient relationship has been destroyed, at first slowly, and at least somewhat tolerably, when it was only insurance companies. That relationship got significantly worse after los federales got involved with Medicare and Medicaid and all of their rules, and then exponentially worse with the not-so-very “Affordable Care Act.”
Physicians who accept payment from insurance companies and los federales have been forced to practice according to all of their myriad rules and regulations, many of which are specifically mentioned in an online posting by a physician, which follows. As a predictable consequence, more and more physicians are “retiring early” rather than being forced to become regulated human robots with little if any time to relate to their patients. Have you noticed that insurance companies and los federales don’t address physicians as “physicians” or “doctors” at all anymore? Instead, roboticized physicians are always termed “healthcare providers.”
The text of what follows was not written by me—at Tahoma Clinic, we work for our patients, not for insurance companies or los federales, so all of our physicians still love being physicians. Tahoma Clinic physicians can be working directly with their patients for sixty to ninety minutes, focusing entirely on them! According to the PBS website:[i] “It’s not unusual for primary care doctors’ appointments to be scheduled at 15-minute intervals. Some physicians who work for hospitals say they’ve been asked to see patients every 11 minutes.”
Like the physician who wrote what follows, I personally decided to study to be a doctor at age eight. That’s not likely to happen now or in the future with the “roboticization” of medicine by los federales.
For this article, please take the time to read not just the text, but footnotes 3 to 14, too. They’re printed in this same type size so they’re easy to read. Why should you read them? Many of the footnotes are have been added to explain (in a very brief, preliminary way) why intensely regulated, roboticized physicians (oops, “providers”) have so very little time to interact with relate to those who come to them for healthcare.
Now it’s time for me to shut up and pay attention to what this doctor tells us about the “healthcare system” from a physician’s perspective.

Why This Doctor No Longer Loves Being a Physician[ii]

I have a breathtakingly difficult confession to make. A confession that on its face seems rather innocuous but in many ways shakes the foundations of who I always thought I was, and how I identify myself.
I no longer love being a physician.
There—I said it. I winced even as I strung the words together to write the sentence. You see, to admit this is almost inconceivable. So much of who I was and who I have become is enmeshed in this intricate quilt of a profession. I view most every aspect of my life through this lens.
How could I not? Wanting to be a doctor is the first cognition I can recall from childhood. A childhood marked by a learning disability, which brought into contention the idea of being a professional at all. A childhood in which a father’s death became a precursor, a foreshadowing, of who I was fated to become. I would follow in my father’s footsteps. I would finish the work that was prematurely wrenched from his clutches. There was never a question whether I would succeed. The calling was too great, the pull too strong.
To deny my profession is to deny my father’s legacy and to deny my own reflection.
Yet, here I stand. It didn’t happen all at once. Medical school was difficult and time-consuming, but it didn’t happen there. Residency was strenuous and terrifying, but it didn’t happen there. My first days as an attending were grueling and sometimes awful, but also energizing.
I suppose the change happened sometime after we started using electronic medical records.[iii] It happened with “meaningful use.”[iv] And MACRA.[v] And Medicare audits.[vi] And ICD-10.[vii],[viii] And face-to-face encounters.[ix] And attestations.[x] And PQRS.[xi] And QAPI.[xii] And the ACA.[xiii] And MOC.[xiv] And on and on.
What I do today is no longer practicing medicine. Instead it’s like dancing the waltz, tango, and salsa simultaneously to a double-timed techno beat. It’s sloppy, rushed, unpleasant to look at, and often leaves my partner more confused and anxious than when we started.
I have become ineffective. Not by the weight of ever-expanding medical knowledge or even the complexity of the human body. Instead, my hard drive is being spammed by thousands of outside servers.
But make no mistake, I’ll never leave. My love for taking care of people is unwavering.
As for the joy and utter exhilaration of what used to be. . . .
Frankly, it’s all been legislated out.
Jordan Grumet is an internal medicine physician who blogs at In My Humble Opinion. Watch his talk at dotMED 2013, “Caring 2.0: Social Media and the Rise of the Empathic Physician. He is the author of I Am Your Doctor: and This Is My Humble Opinion.

[i] http://www.pbs.org/newshour/rundown/need-15-minutes-doctors-time/
[ii] Posted online @ http://www.kevinmd.com/blog/2017/01/doctor-no-longer-loves-physician.html
[iii] Did you know that if your medical records are kept electronically, we’re told by attorneys that we must (yes, that’s must) give los federales “backdoor electronic entry” into your personal medical records without your knowledge or consent?
[iv] Los federales’ 2016 “meaningful use” regulations said (among very many other things): “All providers are required to attest to a single set of objectives and measures.” (No individuality allowed for roboticized “providers”!) Los federales full regulations for 2016 to be found at: https://www.cms.gov/Regulations-and Guidance/Legislation/EHRIncentivePrograms/2016ProgramRequirements.html
[v]  Medicare Access and CHIP Reauthorization Act of 2015 (MACRA). Los federales MACRA rules and regulations that every roboticized “provider” must follow are at: https://www.cms.gov/Regulations-and-Guidance/Regulations-and-Guidance.html
[vi] See “Complying With Medical Record Documentation Requirements” @ https://www.cms.gov/Outreach-and-Education/Medicare-Learning-Network-MLN/MLNProducts/Downloads/CERTMedRecDoc-FactSheet-ICN909160.pdf which refers readers to twenty other websites to read details of various aspects of “compliance.”
[vii] Family Practice News (Volume 44, #4, March 1 2014) reported that the “ICD 10” coding system to be forced upon roboticized physicians (oops again, “providers”) in October 2014 “could cost as much as $225,000 for some small practices and up to $8 millions in some large practices.”
[viii] Ever considered suicide by jellyfish? Have you ended up in the hospital after being injured during the forced landing of your spacecraft? Or been hurt when you were sucked into the engine of an airplane or when your horse-drawn carriage collided with a trolley? These exotic injuries, codeless for so many years, will henceforth be known, respectively, as T63622A (Toxic effect of contact with other jellyfish, intentional self-harm, initial encounter), V9542XA (Forced landing of spacecraft injuring occupant, initial encounter), V9733XA (Sucked into jet engine, initial encounter), and V80731A (Occupant of animal-drawn vehicle injured in collision with streetcar, initial encounter). The “ICD-10 Complete Draft Code Set” weighs six pounds. (Taken from www.weeklystandard.com/code–chaos/article/783576)
[ix] See https://www.cms.gov/medicare/medicare-fee-for-service-payment/homehealthpps/downloads/face-to-face-requirement-powerpoint.pdf for twelve pages of “requirements” for roboticized physicians to follow. Then there are actually “face to face requirements for durable medical equipment.” Not kidding! “Go to”: https://www.cms.gov/Research-Statistics-Data-and-Systems/Monitoring-Programs/Medicare-FFS-Compliance-Programs/Medical Review/FacetoFaceEncounterRequirementforCertainDurableMedicalEquipment.html
[x] http://www.cgsmedicare.com/hhh/medreview/sig_guidelines.html
[xi] From http://www.apapracticecentral.org/medicare/pqrs/faqs/index.aspx
“The Physician Quality Reporting System [PQRS] is a voluntary reporting program that provides a financial incentive for certain health care professionals, including psychologists, who participate in Medicare to submit data on specified quality measures to the Centers for Medicare and Medicaid Services (CMS). In 2015, the reporting program will shift from voluntary program to a mandatory one in which penalties will be assessed for failure to participate.”
[xii] “QAPI is the coordinated application of two mutually-reinforcing aspects of a quality management system: Quality Assurance (QA) and Performance Improvement (PI). QAPI takes a systematic, comprehensive, and data-driven approach to maintaining and improving safety and quality in nursing homes while involving all nursing home caregivers in practical and creative problem solving…QAPI amounts to much more than a provision in Federal statute or regulation; it represents an ongoing, organized method of doing business to achieve optimum results, involving all levels of an organization.”
https://www.cms.gov/Medicare/Provider-Enrollment-and-Certification/QAPI/qapidefinition.html
[xiii] The “Affordable Care Act,” which as everyone knows has not allowed you to “keep your doctor if you like your doctor” and has very significantly increased “health insurance” premiums for many unsubsidized individuals whose taxes pay for ACA subsidies!
[xiv] Maintenance of Certification (MOC) “is a . . . controversial process of physician certification maintenance through one of the twenty-four approved medical specialty boards of the American Board of Medical Specialties (ABMS) and the 18 approved medical specialty boards of the American Osteopathic Association (AOA). The MOC process is controversial within the medical community, with proponents claiming that it is a voluntary program that improves physician knowledge and demonstrates a commitment to lifelong learning. Critics claim that MOC is an expensive, burdensome, involuntary and clinically irrelevant process that has been created primarily as a money-making scheme for the ABMS and the AOA.” https://en.wikipedia.org/wiki/Maintenance_of_Certification