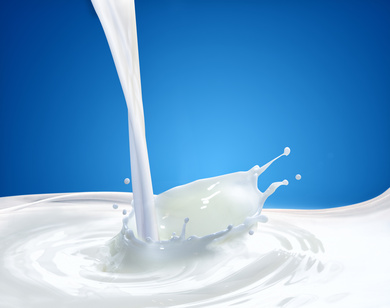 Growth hormones, antibiotics, and over-pasteurization are not the only potential problems with the milk for sale in your store.
Girls are reaching puberty at earlier and earlier ages; men’s testosterone and sperm counts are plummeting. Some of the usual suspects include pesticides and chemicals like BPA in our food supply, obesity, and soy formula for infants. But there may be another culprit—industrial cow’s milk.

For years, integrative doctors like Dr. Mercola have warned parents never to feed their infants soy-based formula. This is because soy milk—even GMO-free or organic brands—contain phytoestrogens, plant estrogens that can hurt babies’ developing bodies and brains. In fact, soy infant formula can provide the estrogen equivalent of up to five birth control pills a day.

However, research now suggests that commercial milk—even products free of recombinant bovine growth hormone (rbGH) or antibiotics—can contain much higher levels of sex hormones than in “pre-industrial” cows. One study that compared milk from commercial Japanese cows with milk from Mongolian cows found that industrial milk contained 67% more estrogen, and 650% more progesterone. This is because commercial cows are milked, on average, for ten months a year—something that is only possible because they’re impregnated while still lactating from a previous pregnancy. During the last months they are milked, hormones levels are especially high.

Beyond launching children into early puberty, these high rates of hormones in our milk may be responsible for increased cancer rates.
We wish we could suggest an easy fix for this problem. But we can’t. Even small farmers may be milking their cows too long. If you have access to a “cowshare” arrangement in which you own the cow that is milked by the farmer, you can discuss this problem and ask to reduce the number of months of lactation. If not, your odds are better buying from non-industrial milk producers, and better still buying from raw milk producers, who are more likely not to stretch for every last ounce of milk production.

20 thoughts on “Something Else You Should Know about Your Milk”