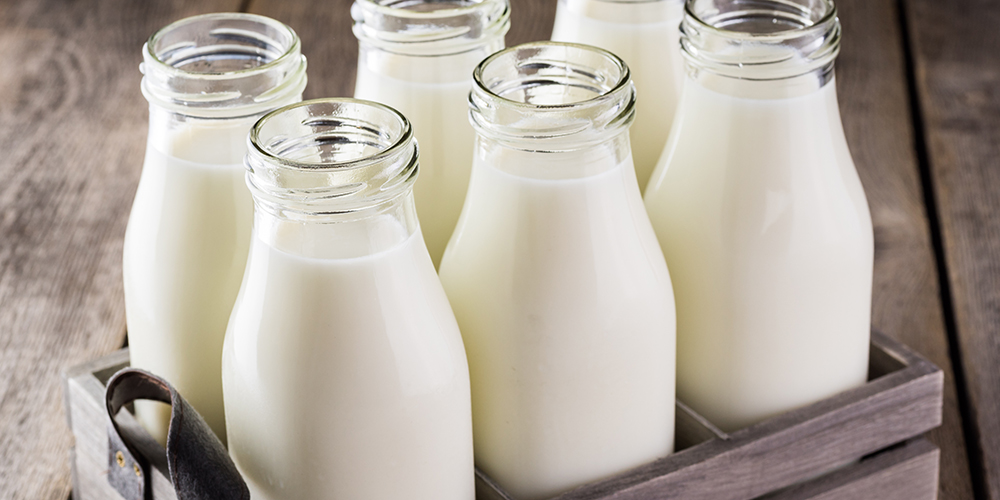 Organic milk has a better nutrient profile and fewer contaminants than conventional milk, but loopholes are allowing fraudulent “organic” milk on the market. Action Alert!

The fall meeting of the National Organic Standards Board (NOSB) included a discussion of the Origin of Livestock rule, which has been in limbo since 2015. The rule attempts to prevent large, industrial dairy and cattle operations from gaming the system and fooling consumers into buying faux organic products. Fraudulent organic products undermine regenerative health for humans and the environment. We must urge the USDA to stop stalling and implement the rule, ideally with some changes to strengthen it.

First, organic milk has been shown to be superior to conventional milk in a variety of ways. Organic milk was not shown to contain any pesticides or antibiotics, while these contaminants were prevalent in conventional milk. Organic milk also has a better nutrition profile: a study published in the British Journal of Nutrition showed that organic milk had higher concentrations of iron, vitamin E, selenium, and carotenoids. Another study showed that organic milk contains 25 percent less omega-6 fatty acids and 62 percent more omega-3 fatty acids than conventional milk. Americans today eat far more omega-6 fatty acids than omega-3’s, and this distorted ratio is considered one of the more damaging aspects of the American diet. The point is, the difference between organic and conventional milk is important, but faux organic products are allowed on the market due to loopholes in organic rules that must be closed.

There are two key issues. The first deals with organic milk. In organic regulations, there is a provision that allows the one-time conversion of a conventional dairy herd to an organic herd. The intent of this rule was to allow farmers the flexibility to transition their operation from conventional to organic. This provision has been abused by industrial “organic” dairies that continuously transition non-organic cows to organic: farmers remove organic dairy animals from a herd, raise them using conventional feed and other prohibited management practices, and then re-transition them back to organic. This continuous transitioning of animals allows these industrial producers to grow their dairy herds more quickly and less expensively than farmers doing the right thing, enabling them to flood the market with cheap “organic” milk. Consider that half of organic milk sold in the US comes from concentrated animal feeding operations (CAFOs). Estimates are that real organic dairy farmers spend an average of $600-1,000 more per calf than farmers who raise calves conventionally and transition them to organic at one year of age.

This unlevel playing field has decimated small and mid-sized organic dairies. More than half of the 125,000 dairy farms (organic and conventional) that operated in the US in 1997 have disappeared. Fifteen thousand have gone under between 2007 and 2017. These smaller operations simply cannot compete with industrial giants that abuse the spirit, if not the letter, of the law.

The second issue involves breeder stock, defined in organic regulation as “female livestock whose offspring may be incorporated into an organic operation at the time of their birth.” Breeder stock can be used to diversify the genetic pool of a herd. Under organic regulations, a non-organic cow can give birth to organic calves if the mother is under organic management from the last third of gestation. Note that conventional livestock that have transitioned to organic cannot be sold as organic slaughter—only their calves who have been under organic management since the last third of gestation can be sold as organic.

Once again, industrial concentrated animal feeding lots (CAFOs) are abusing the rule by cycling breeder stock between organic and conventional production. This is particularly a concern with hogs. CAFOs can raise a hog non-organically—that is, on GMO feed, with the use of drugs and other substances prohibited in organic production—until she is pregnant with a litter. The hog can then transition to organic management until she gives birth. The offspring are organic, and the mother is transitioned back to the non-organic sector. Again, this lowers the cost for CAFOs to produce organic livestock and puts smaller farms following the spirit of organic agriculture at a competitive disadvantage.

The NOP’s proposed rule addresses the first issue but not the second. It amends organic regulations such that the one-time conversion of conventional to organic dairy cows applies to each producer, rather than a herd; this change will prohibit the continuous transitioning currently going on in CAFOs.

These issues can get into the weeds, but the overall picture is simple. As we’ve been reporting for some time, special interests have been undermining the integrity of the organic label almost since its inception. They attempt to water down what it means to be organic, or simply commit blatant fraud. These efforts must be opposed. Real organic agriculture is key to regenerative health, which is about creating a healthy environment in the body through proper nutrition, lifestyle, and supplementation, just as regenerative agriculture is about raising animals and growing plants in a healthy environment where they can thrive.

Action Alert! Write to Congress and the USDA, urging them to strengthen and implement the Origin of Livestock rule. Please send your message immediately.