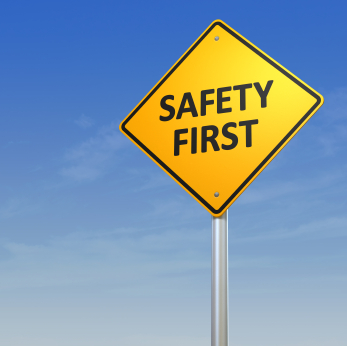 Last June, we reported that the chickens you buy at the grocery store are given feed which often includes arsenic, the deadly poison and known carcinogen, added to make them gain weight faster. The Center for Food Safety and the Institute for Agriculture and Trade Policy petitioned the FDA to ban arsenic in animal feed. Of course, the FDA listened to big chicken producers and the arsenic additive producer Pfizer, and no action was taken.

Now the FDA admits that some chicken meat may contain “small amounts” of arsenic. Previous studies have indicated that the arsenic was eliminated with chicken waste.

The FDA said in a press release that the inorganic arsenic “does not pose a health risk.” But Pfizer has decided voluntarily to suspend the sale of Roxarsone (the arsenic additive) in 30 days, and will “facilitate an orderly process for suspending use of the product” in the US. Sounds like a backroom deal with the FDA protecting Pfizer from liability while the company exits the arsenic feed business.

By the way, as we reported to you earlier, this is the company that pleaded guilty in 2009 to the largest healthcare fraud in US history and received the largest criminal penalty ever levied for illegal marketing of four of its drugs. But even that was only a slap on the wrist. If the US government prosecuted fully and won a conviction, by law Medicare could no longer buy from the company, so major drug companies are effectively exempt from serious criminal penalties.

Earlier this year, Rep. Louise Slaughter (D-NY) introduced the Preservation of Antibiotics for Medical Treatment Act, or PAMTA—essentially an anti-antibiotics in animal feed bill. And just yesterday, Sen. Diane Feinstein (D-CA) introduced a nearly identical bill in the Senate. S.1211 has three co-sponsors, including Sen. Susan Collins (R-ME). This is the first time such a bill has been introduced in the Senate; Congresswoman Slaughter introduced the bill in the House in the past few Congresses.

The latest 200-page annual report of the American Association of Poison Control Centers, published in the journal Clinical Toxicology, shows no deaths whatsoever in 2009 from any dietary supplement, amino acid, herb, vitamin, or dietary mineral supplement.

As a press release from the Orthomolecular Medicine News Service puts it,

Over half of the U.S. population takes daily nutritional supplements. Even if each of those people took only one single tablet daily, that makes 155,000,000 individual doses per day, for a total of nearly 57 billion doses annually. Since many persons take more than just one vitamin or mineral tablet, actual consumption is considerably higher, and the safety of nutritional supplements is all the more remarkable.

If nutritional supplements are allegedly so “dangerous,” as the FDA and news media so often claim, then where are the bodies?


We couldn’t have said it better ourselves. 2009 is just the latest of a long string of Poison Center reports showing the general safety of supplements, especially compared to drugs.

The National Institutes of Health has stopped a clinical trial on an extended-release form of niacin for cholesterol treatment eighteen months earlier than planned, claiming that niacin did not reduce the risk of cardiovascular events (that is, heart attacks) in patients taking statin drugs, though it did increase levels of HDL, the “good” cholesterol, and drop the levels of risky triglycerides.

Some might interpret the axing of the NIH’s niacin trial as an indication that niacin doesn’t work. Far from it. In fact, there isn’t a drug on the market that comes so close to offering the “Holy Grail” of simultaneously reducing both LDL (“bad”) cholesterol and triglycerides, while also raising HDL.

The problem with this trial is that cholesterol levels were already low because patients were taking a statin drug (Zocor) made by Merck. So the only real finding in the study was that the extended-release niacin drug Niaspan from Abbott Laboratories, while shown to increase HDL and lower triglycerides, didn’t have any effect on reducing heart attack rates. How different the results might have been if the patients hadn’t been on orthodox medicine’s standard offering of statins, the default choice for anyone with moderate to high cholesterol!

There are likely to be some drug companies that are worried about giving a simple, non-patentable vitamin (in this case niacin, or vitamin B3) too much positive publicity when they can’t make any money from it.