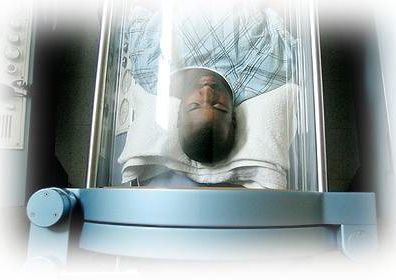 So why does the government keep blocking its use?


Research from health pioneer (and former ANH-USA board member) Dr. Paul G. Harch published in the Journal of Neurotrauma indicates that hyperbaric oxygen therapy, or HBOT, is able to dramatically help veterans with post-concussion syndrome (a form of traumatic brain injury) and post-traumatic stress disorder (PTSD). Dr. Harch is an associate clinical professor of medicine at Louisiana State University in New Orleans.

Since January 2007, ANH-USA has been bringing attention to a project to have veterans treated with HBOT. In HBOT, the patient is put in a hyperbaric oxygen chamber, which saturates the tissues with twelve times more oxygen than can be absorbed by breathing. This greatly enhances the body’s own healing process.

Under normal circumstances, oxygen is transported throughout the body only by red blood cells. With HBOT, oxygen is dissolved into all of the body’s fluids, the plasma, the central nervous system fluids, the lymph, and the bone, and can be carried to areas where circulation is diminished or blocked. In this way, extra oxygen can reach all of the damaged tissues and the body can support its own healing process. The increased oxygen greatly enhances the ability of white blood cells to kill bacteria, reduces swelling, and allows new blood vessels to grow more rapidly into the affected areas. It is a simple, non-invasive, and painless treatment.

According to Dr. Harch’s new study, even three years after the vets sustained brain injury, one month of HBOT was able to induce improvements in brain blood flow, cognition, symptoms, and quality of life, while the veterans experienced fewer suicidal thoughts.

Specifically, improvements were seen in 92% of vets experiencing short-term memory problems, 87% of those complaining of headaches, 93% of those with cognitive deficits, 75% with sleep disruption, and 93% with depression. There were also improvements in irritability, mood swings, impulsivity, balance, motor function, IQ, and blood flow in the brain, as well as the reduction in PTSD symptoms and suicidal thoughts. And there was a reduction in—or complete elimination of—psychoactive and narcotic prescription medication usage in 64% of those previously prescribed the medication.

One major problem is that the HBOT treatment is currently “off-label.” In other words, it is an FDA-approved treatment for some conditions—but not for traumatic brain injury (TBI) or PTSD. Because of this, the Department of Defense does not allow HBOT to be prescribed for its veterans—they say they don’t prescribe off-label medications and treatments for these diagnoses, and claim that they can only use HBOT after it has been approved by the FDA for this use.

This is a completely false and misleading statement! The Department of Defense often uses off-label antipsychotic drugs for treatment of TBI and PTSD. This should not surprise us. The FDA receives a large proportion of its budget from pharmaceutical manufacturers. And the government turns to drugs, often very inappropriate and damaging drugs, to treat damaged veterans without even considering alternatives.

Nearly 280,000 individuals received antipsychotic medication in 2007. Yet over 60% of them had no record of a diagnosis for which these drugs are approved. Antipsychotic drugs were prescribed off-label for PTSD (42% of the patients), minor depression (40%), major depression (23%), and anxiety disorder (20%)—with about 20% having more than one condition. About 20% of veterans diagnosed with PTSD—or nearly 87,000 patients—are prescribed an antipsychotic each year even though it is an off-label use.

TBI and PTSD severely and disproportionally affect military who have served in Iraq and Afghanistan—approximately 546,000 have TBI, post-concussion syndrome (PCS), and PTSD, and yet their treatment options are limited. HBOT is an effective and economical treatment for PCS and PTSD, without the very dangerous and negative side effects of antipsychotic medication.

The off-label use of HBOT is a huge freedom of choice issue in medicine. But even more important, if we really want to support our troops rather than just pay lip service, don’t we need to give them the safest, most economical, and most effective treatment for their traumatic brain injuries and PTSD?