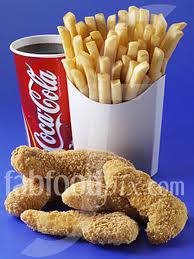 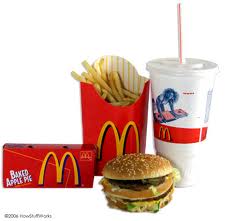 When is a sponsor not a sponsor? When it causes public embarrassment, apparently.


A letter to its members from the Academy of Nutrition and Dietetics, formerly the American Dietetic Association (AND/ADA), took us to task for our article last week. It accused us of making “erroneous accusations” and spreading “false information,” noted that the professional dietitian who had called them to account in Israel was not a Registered Dietician, a term AND/ADA has trademarked and controls, and denied that their affiliate, the American Overseas Dietetic Association, had had a hand in organizing or getting sponsors for the conference supported by McDonald’s.

AND/ADA is right about one thing. Tamar Schriger, the woman we profiled in our article, is not a Registered Dietitian, though she is indeed a dietitian working in Israel with over 27 years of experience in the field of dietetics and nutrition. She has a degree in Biology and has studied nutrition sciences. When we learned of this, we immediately corrected our article and indicated the correction in a footnote.

It is also true, of course, that Registered Dietician is a term trademarked by the AND/ADA. Nor is it the only term that AND/ADA wants to trademark. In the organization’s zeal to create, as we see it, a monopoly in the nutrition advice field, it is also currently trying to bar anyone other than themselves from using a variety of common terms in conjunction with the term “nutritionist.” They not only want legal control over “certified nutrition professional,” they even want sole control over “certified nutrition coach!”

AND’s email also states that “neither AND/ADA nor its overseas affiliate is in any way involved with the planning, execution or securing of sponsors for the event in question.” If so, that will need a lot more explaining. The first page of the conference’s Sponsorship Prospectus says, “The Conference is going to be a unique collaboration with the American Overseas Dietetic Association (AODA) and the Israeli Ministry of Health. AODA is the international affiliate of the American Dietetic Association (ADA).” In fact, the full name of the conference is the “10th Israel Nutrition Week & the AODA Regional Conference”—so it has AODA right in the name.

AND/ADA Past President Sylvia Escott-Stump even invited Israeli dietitians to attend the conference and is one of the keynote speakers. The conference’s “AODA Advisor,” AODA Past President Camella Rising, is not only an RD but a Licensed Dietitian/Nutritionist who sits on the North Carolina Board of Dietetics/Nutrition—the same board that threatened a Paleo diet blogger with jail time because they claim that his advocating a diet which cured his diabetes is equivalent to “practicing nutrition without a license.”

So how can AND/ADA say they’re in no way involved when they are featured in all the conference’s materials? In addition, we’re not even sure why AND/ADA is trying to distance themselves from this McDonald’s–sponsored conference, considering their own most recent conference was sponsored in part by Pepsi Co. and Mars.

23 responses to “The AND/ADA Responds to Our Article”