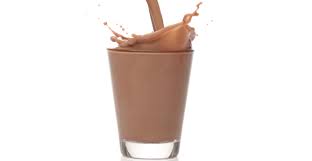 How can schools create healthy meals when politicians interfere?
Oops. On May 14, Connecticut legislators passed a ban on chocolate milk—without realizing they were doing so. Just two days later, the governor vetoed it—without realizing what he was doing either.
Why are states legislating chocolate milk in the first place? Connecticut lawmakers were simply revising the state’s school lunch program to align with the federal Hunger Free Kids Act.
The Act sets broad standards for school lunch programs, but doesn’t ban individual items. For example, it requires that all flavored milks be nonfat, but doesn’t ban any specific flavor. If states don’t comply with the Act, they can lose important federal funding.
Accordingly, the bill decreed that only unflavored low-fat milk, or flavored or unflavored fat-free milk that contains no artificial sweeteners, nonnutritive sweeteners or sugar alcohols, no more than four grams of sugar per ounce, and no added sodium, will be served.
This is where the accidental chocolate milk ban slipped in: chocolate milk almost always contains 60 to 90 milligrams of added salt, which balances out the bitterness of cocoa. So, under the bill, all chocolate milk was inadvertently banned.
Legislators’ hearts were no doubt in the right place: a surplus of sugar is harmful to kids, while artificial sweeteners like high-fructose corn syrup contribute to obesity, can contain mercury, and harm your heart and liver. For more information, read our comprehensive article on the health effects of sugar and artificial sweeteners.
On the other hand, research has shown that children who drink whole milk are slimmer than kids who drink skim—so the whole obsession with low-fat and nonfat milk is misguided from the start. Additionally, the nonfat chocolate milk often served in schools contains cocoa processed with alkali, which reduces the number of healthful antioxidant flavanol compounds that cocoa can deliver. And there’s no mention of ensuring that the milk served to kids is organic or sourced from clean, non-CAFO farms.
Of course, when the media picked up on the new legislation, they didn’t question the source of the milk, but focused solely on the chocolate milk ban. “Milk consumption will plummet!” according to worried (but unnamed) “nutritionists.” “Kids won’t get the calcium they need!”
The problem is, chocolate inherently impairs your absorption of calcium. This is because cocoa contains oxalate, which inhibits your body’s calcium uptake. Additionally, most flavored milks contain sugar, which increases calcium excretion and depletes phosphorus (a mineral important to the absorption of calcium).
The brouhaha over the chocolate milk led the governor to veto the current bill. This will allow some time in which to educate Connecticut legislators, though this won’t do anything about the federal regulations. Governor Malloy is clearly concerned about nutrition, because in December 2013 he signed the state’s GMO labeling bill into law. All of this may mean a new Connecticut school lunch bill won’t be passed until next year.
Dozens of school districts across the country, including Virginia, Florida, and Oregon, have banned flavored milk, which has more fat and calories than non-flavored options. Schools in Arlington, Virginia, banned chocolate milk in 2011, but reversed the decision months later after a backlash.
We don’t think legislators should be setting school lunch program standards. However, may we humbly suggest that the next time decision-makers want to legislate what’s “nutritious,” they first consult with qualified nutrition professionals?