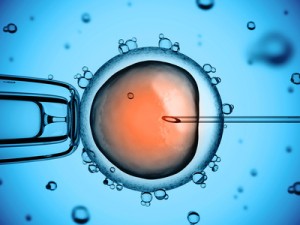 In February 2014, the US Food and Drug Administration held a public meeting outlining the creation of genetically modified human beings. Now, researchers have announced the creation of an organism with completely artificial DNA.
All life on earth stores genetic information the same way, with DNA made up of four chemical bases: adenine (A), guanine (G), cytosine (C), and thymine (T). These bases partner up to form units called base pairs. A always pairs with T, and G always pairs with C.
Until now, that is.
Scientists have successfully created two new bases, which they call X and Y, that pair up with each other. And they’ve used this unnatural base pair to create a brand new GMO bacterium “based on a genetic structure found nowhere on earth.”
Researchers did this by “tricking” E. coli bacteria into assimilating and reproducing the unnatural X-Y base pair—which was automatically passed on from one generation to the next.
Floyd Romesberg, the lead researcher on the project, claims his discovery will usher in a new era of better antibiotics and cancer drugs. To this end, the next phase of his project will be to use artificial genes based on this unnatural DNA to “make proteins that have never been made before,” and to turn these proteins into self-producing, “living” drugs.
While the mainstream media seems giddy at the prospect, we’re wary of the as-yet-unstudied implications of GMO bacteria, viruses, and creatures, much less GMO humans.
These “inventions” won’t take place in the distant future. After all, GMO embryos have already been created via in vitro experiments.
Disturbingly, when the FDA discussed genetically manipulating embryos at its February meeting, they framed the issue—quite literally—in manufacturing terms: “Adequate manufacturing controls…are essential to protect the safety of subjects and to minimize the risks for any children that might result from clinical trials using mitochondrial manipulation technologies.”
Yes, you read that right: the FDA is talking about the production of children in the context of manufacturing.
For more information on the implications of GMO manipulation at the mitochondrial level, please read our February 2014 article on the subject.