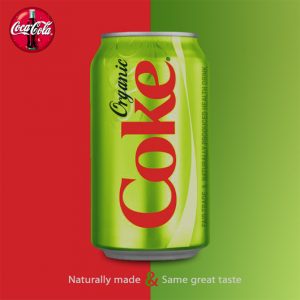 Which organic brands really believe in organic—and which are working behind the scenes to betray natural health consumers?

Many natural and organic brands are actually owned by huge conglomerates that don’t support sustainable, organic, non-GMO, non-toxic agriculture. In fact, their product labels are often designed to mislead consumers just so they can grab a share of the lucrative health-conscious consumer market.
Even worse, many of the conglomerate companies that produce so-called natural foods—and even some labeled “organic”—are allied with the biotech industry fighting by any means to defeat “Label GMO,” a.k.a. Prop 37, the California Right to Know 2012 Ballot Initiative. Why are they doing such a thing? Because they sell more food that has GMO ingredients than organic food, and don’t want consumers to have a choice about the GMO. They especially don’t want consumers to know what is actually in their so-called “natural” products.
Keep in mind that the term “natural” has no legal or regulatory meaning at all: FDA has never created a definition for it and claims that “it is difficult to define a food product that is ‘natural’ because the food has probably been processed and is no longer the product of the earth.” In fact, FDA even says high-fructose corn syrup is natural! “Natural” is nothing more than a marketing term, one that is in fact meaningless.
You’d think a “natural” food wouldn’t have genetically engineered ingredients, but you’d be wrong. Kashi, which everywhere proclaims its passion for “healthy, all-natural foods,” has GMO soy in its ingredients. Kashi is owned by Kellogg, the multinational food manufacturing company that produces everything from sugary cereals to Morningstar Farms vegetarian products (some of which are organic but still use GMOs) to Keebler cookies (filled with GMOs). The company has contributed $612,000 to defeat Prop 37 and keep GMO labels off their products.
Sierra Mist Natural wears that moniker proudly because their soda is “made with real sugar and 100% natural flavors”! The brand is owned by PepsiCo, which has contributed more than $1 million to defeat Prop 37.
What you may not realize is that many organic brands have been snapped up by Big Food companies; their ownership is deliberately hidden from consumers. While they purport to have an environmental and health-conscious mission, they completely undercut that claim by fighting GMO labeling. Honest Tea, for example, is USDA-certified organic. Yet Honest Tea is owned by Coca-Cola, which has also contributed more than $1 million to defeat Label GMO. We don’t think that’s very honest. Coke also owns Odwalla, which produces “all-natural juices” and “nourishing protein bars,” and supposedly supports sustainable agriculture. GMO is sustainable agriculture?
Silk carries the “Non-GMO Project Verified” seal on its soy milk, coconut milk, and almond milk products. Both Silk and the Horizon Organic brand tell their customers that the brands oppose GMOs. Yet both are owned by Dean Foods, which has contributed $253,000 to defeat Label GMO.
Lightlife vegan and vegetarian foods is owned by ConAgra, which contributed $520,000. Seeds of Change, the organic seed and food company, is owned by candy giant Mars, which contributed $100,242 to defeat Label GMO. General Mills, which owns Cascadian Farms Organic, Muir Glen, and Larabar, contributed $520,000. Smucker, which owns R.W. Knudsen and Santa Cruz Organic, contributed $387,000. The State of California has a website where you can see exactly which companies are fighting hardest to keep their GMO foods from being labeled.
What about groups like the Academy of Nutrition and Dietetics (formerly the American Dietetic Association), and the Organic Trade Association? Surely they’re all about protecting consumers from GMOs, right? No. Both of these organizations are funded by the very same Big Food companies that have made contributions to defeat the Label GMO initiative.
Back in 1994, Norman Braksick, president of Asgrow Seed Co., a subsidiary of Monsanto, told the Kansas City Star, “If you put a label on genetically engineered food, you might as well put a skull and crossbones on it.” And that’s precisely what Big Food is so afraid of. Consumers will generally avoid GMOs if they can, and they won’t buy foods containing them. Can you imagine the consumer outrage if the labels on their favorite “natural” foods suddenly declare that their ingredients are genetically engineered?
The Cornucopia Institute has developed a shoppers’ guide to help you tell the sheep from the wolves in this battle.

76 responses to “The Great Organic Deceivers”