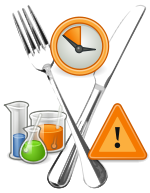 Is this the FDA’s idea of food safety? Action Alert!


The Food Safety Modernization Act (FSMA) became law in 2010. We, along with other consumer groups, were able to block some of the worst provisions of the proposed bill, but it was still flawed legislation as passed. The basic problem is that every time food safety problems emerge, the government gives a pass to the big industrial farms where the problems originate.

The FDA has just proposed two new rules as part of the act’s implementation. Not surprisingly they appear to have been heavily influenced by the same special interests responsible for many of the dangers to our foods: the chemical, radiology, and meat industries are exempted, all in the name of food safety.

The FDA’s big idea seems to be irradiation. Irradiated foods are exempted because FDA believes nuked, sterile food is safer. The agency is apparently not concerned with what happens to the food’s nutritional value or whether the irradiation itself is safe. How many food producers, hoping to avoid burdensome and expensive compliance requirements, will simply irradiate their fruits and vegetables? With such onerous rules combined with this big loophole, the FDA is actively encouraging irradiation.

There are many reasons irradiated food is bad for us. There are no federal standards for safe levels of radiation in sterilized food, and research indicates a wide range of problems in animals that eat irradiated food, including chromosomal abnormalities, a rare form of cancer, and even premature death. Irradiating food can kill bacteria from filthy CAFOs and processing plants, but it cannot address the other unhealthy conditions found there. Irradiation may also dramatically change flavor, odor, and texture of food, in addition to nutritional value.

But that really doesn’t matter, since the FDA no longer considers slaughtered meat to be a raw agricultural commodity. The meat industry is exempted from the new rules. So it actually doesn’t matter how unhealthy or disease-ridden CAFOs (confined animal feeding operations) become.

Illnesses from pesticides, cleaning compounds, and other chemical contaminants are rare? Well, that’s the FDA’s worldview, because if they acknowledged the problem they might have to do something about it.

This exclusive focus on biological hazards (and the exclusion of standards for chemical and radiological hazards) is essentially a harmonization with an international standard called Codex. As we reported last month, Codex guidelines can and do have a major influence on US policy, and may have more influence in the future.

Fortunately, ANH-USA, working with a large coalition, was able to help win acceptance of the Tester amendment, ensuring protections in the law for smaller farms.

The second proposed FDA rule amends the agency’s Current Good Manufacturing Practices (CGMPs) guidelines by creating hazards analysis requirements and risk-based protections with lots of detailed record keeping. If you are wondering what this means, you are in good company. Firms will presumably have to hire former FDA employees at high fees to figure out what the requirements really mean and to be sure they are satisfying the regulators. There is, of course, no guarantee that the FDA has the resources to review any of the mountain of new paperwork.

There is no question that the proposed rule gives the FDA more power. What the FDA currently calls “recommendations” for food production now become requirements.

Because of your efforts when the food safety legislation was being passed, the new rules do not apply to family farms with revenues under $500,000. That was a major improvement. It may also not apply to other small producers if they are below $250,000 in revenues or don’t exceed $500,000 in revenues and sell half their food to consumers or retailers. Is a firm that sells both retail and wholesale a retailer for purpose of this rule? If you are a small firm, you may have to hire a lawyer to figure that one out.

Action Alert! Contact FDA today and tell them their food safety approach is wrong. Nuking all our food is not the solution. It will just make things worse. Ask them to address the real dangers of our food system: CAFOs, unsafe industrial farming practices, reliance on genetically modified foods, and pesticide, herbicide, and antibiotic overuse.

34 responses to “The Irradiation Loophole”