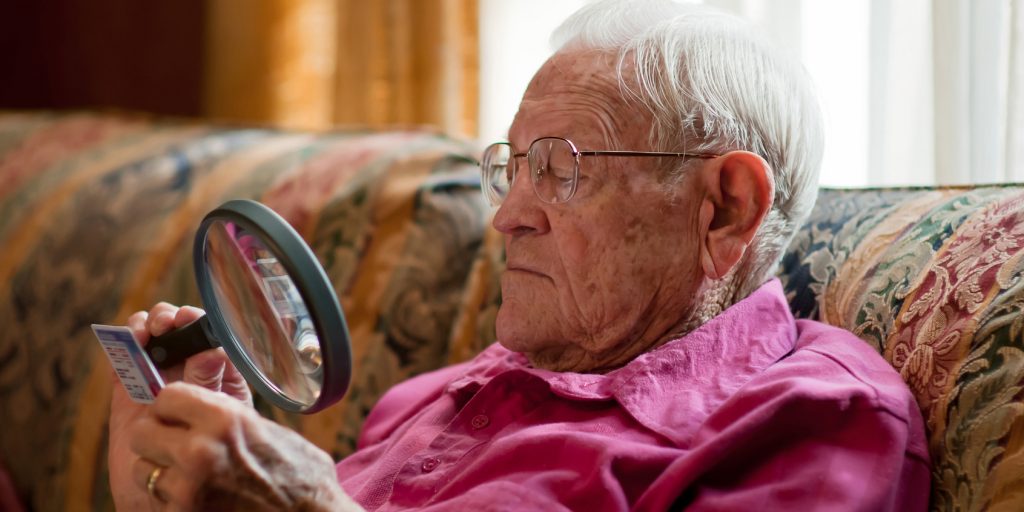 Age-related macular degeneration (also termed “dry” macular degeneration) is preventable, and prevention is always best! It’s not widely known that the progress of age-related macular degeneration can be stopped—and very frequently significantly improved—for the majority of individuals with dry macular degeneration with a treatment program developed at Tahoma Clinic during the 1980s.
My father was diagnosed with dry macular degeneration by an ophthalmologist; at the time, he was told his vision was 20/80 (with glasses) in each eye. After the being treated with the Tahoma Clinic Macular Regeneration Program, he said he could see significantly better; the same ophthalmologist told him his vision (again with glasses) had improved to 20/30 in each eye. In 1990 we published two case studies[i] describing successful treatment of dry macular degeneration. The Tahoma Clinic Macular Regeneration program is so often successful because it treats one of the major causes of the problem!
No, we’re not eye doctors! That’s why we insist that all diagnoses be made by each individual’s eye doctor, and that everyone we treat have their visual acuity (20/20, 20/30, etc.) determined by an eye care professional. Understandably, it’s unbelievable—especially to medical doctors—that a “natural medicine clinic” has been stopping and often reversing deterioration in dry macular degeneration for thirty years.
It was unbelievable to Dr. Tom Dorman, too, a California physician who relocated to Washington state to join Tahoma Clinic in the 1990s, where he practiced for several years before moving on to his own practice. He wrote the following in 1998:
It was an amazing experience when I joined the Tahoma Clinic—that I found a routine for managing macular degeneration. It would have been impolite of me to have said what I thought: “It cannot be.” Of all the forms of quackery, the assumption that a nutritional physician could cure that which the specialist for the eye could not was the most brazen and not likely to be substantiated. Now, in retrospect, I am glad that I did not hastily express skepticism.
It fell to me, however, to follow the protocol established at the clinic and treat many of the individuals who flocked (and who still flock) to our clinic asking for help with this disease. Mostly the disease was diagnosed correctly by their ophthalmologists across the land, and mostly they were told and are still being told that nothing can be done: “The prognosis is hopeless.”
Well, having utilized the protocol for macular degeneration in my own practice for one-and-a-half years, since my move from California to Washington state, I can testify from the clinical experience I have gained personally that about seven out of ten of the patients who have come in with this diagnosis (and only those in whose case the diagnosis was correctly made) benefited substantially from the regime used to improve their vision. One must emphasize that in advanced cases, the dosage of the nutrients required isso high that these need to be administered through an intravenous protocol carefully. Accordingly, this is usually done in our clinic setting. A course of treatment of about eight weeks is required. Many of these people come and stay in motels near the clinic during the course of their treatment; but what a boon it is to save one’s vision! I, for one, now stand foursquare behind this routine, based on my clinical experience.
—Thomas Dorman, MD
Thank you to Dr. Dorman—who sadly is no longer with us—for this independent perspective on the Tahoma Clinic Macular Degeneration Program!