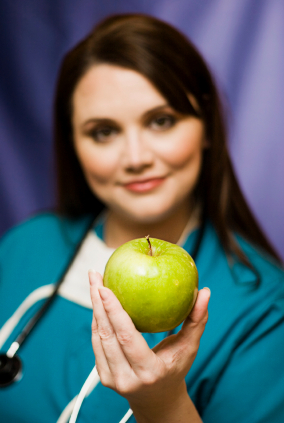 The CDC estimates that one in four Americans become ill each year from foodborne illnesses. The current Food Safety bills will not make this better—they will almost certainly make it worse. We want to share the rest of our strategy with you.

As explained in our lead article, lawmakers have been trying to “beef up” current rules with bills like the Food Safety Enhancement Act of 2009 and the new Food Safety Accountability Act of 2010.

As we reported to you in April, we have been working to improve the Senate’s version of the FSEA. In particular, we succeeded in preventing language that would have set the US on a slippery slope toward harmonization with Codex, the deeply flawed attempt at international food standards. (Some other organizations have claimed credit for this key change, but they have incorrectly stated when the provision was inserted, which clearly shows they were not involved in it. This provision is a very important accomplishment that all of us concerned with natural health can share together—but, we hope, in a factual way!)

We’ve also supported two proposed Senate amendments: one by Sen. Jon Tester (D–MT) that would exclude small farms and farmers markets from many of the proposed FDA regulations, and one from Sen. Diane Feinstein (D–CA) that would ban BPA from food containers. Take Action to support the Tester and Feinstein amendments to the food safety bill.

Because of these proposed amendments—and other senators expressing their interest in offering additional controversial amendments—it looked like the Senate food safety bill wouldn’t see the light of day during this session, given a backlogged Senate calendar, November elections, and all the political battles going on in Washington.

Then came the massive egg recall in August (see our related article in this issue), and suddenly there was new enthusiasm for getting the Senate version of the bill done quickly. But we now have word that:

While many organizations re-issued Food Safety action alerts in the past few weeks, ANH-USA chose to wait until now, when Congress is back in session (and not off campaigning in their states and districts) for maximum impact. Congressional representatives and Senators pay much more attention to mail when they are in session and they may actually vote on the legislation. But it’s a narrow window—Congress adjourns again on October 7, and returns the third week in November.

We have been in touch with Health, Education, Labor & Pensions (HELP) Committee staff, and they have confirmed to us that food safety will not come up next week. Sen. Tom Coburn (R–OK) has numerous fundamental policy issues with the bill, including funding, and will not agree to a time agreement until they are worked through. Senate Majority Leader Harry Reid (D–NV) has stated that he won’t bring up food safety until an agreement has been reached, but this is subject to change—as is everything on Capitol Hill. We’ll keep you posted.

In the meantime, please support our Action Alert in favor of the two key amendments to the Senate bill. They are very good amendments, worthy of strong support, and they will also help slow down the bill and possibly postpone it until there is a new Congress. They will also likely prove to be poison pills in the House, whence the worst features of the Food Safety Bill are coming. Even if you have written your senators on these amendments previously, we urge you to write them again now.