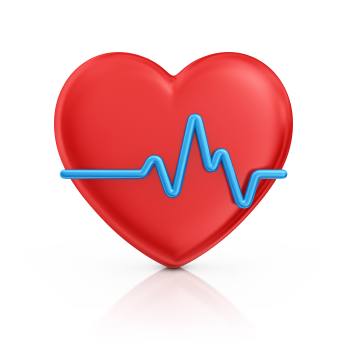 
A new study says that taking excessive amounts of vitamin D may cause atrial fibrillation (AF). The research, presented at the annual meeting of American Heart Association, says that people who take too much vitamin D were 2½ times more likely to develop AF.

Well, not quite. That’s what the media have been saying the study says. But it didn’t. It says that in their study of 132,000 patients, AF was found in 1.4% of the study participants whose levels of vitamin D were normal, and in 3.8% of those whose levels were excessive. But the journalists couldn’t even get the basic facts straight. All the articles contained the same blunder that rendered the data meaningless. Everyone rushed ahead, relying only on the press release or the abstract, where the error originated, without waiting for the study itself to be published in the future.

The amount of vitamin D in the blood is measured in ng/ml—that is, nanograms of the vitamin per milliliter of blood serum. The press release and the study abstract both say, erroneously, that problems arise when vitamin D levels go over 100 ng/dl—that is, nanograms per deciliter. That’s the equivalent of 1 ng/ml. To say that 100 ng/dl is “excessive” is beyond absurd; anything under 30 ng/ml is considered deficient, and 1 ng/ml is next to impossible to achieve! A quick check with the study authors would have corrected that error—which means the journalists knew nothing whatsoever about the subject, and didn’t bother to do any research.

Besides, after correcting for this gross error, there is no real story here—the study merely confirms what scientists already thought:


The optimum level of D is more often debated. The scientists who seem to us most expert on the subject think that 60 to 80 is optimal.

The authors of this study say the optimum range is 40–80. The trouble with 40 as an optimum is that it probably won’t protect you from getting a virus, although you should be able to handle it better than if your level is lower.

Why is a level over 100 ng/ml ill-advised? The best known risk relates to calcium. Vitamin D promotes calcium absorption in the gut; too much vitamin D results in too much calcium in the blood, or hypercalcemia, which can cause nausea, constipation—and sometimes, yes, even atrial fib. The study authors clearly state, however, that “the extent to which 25[OH] Vit D excess may be associated with AF is unknown.” Moreover, while AF was found 2½ times more often in people with levels of D above 100 than with levels of 80 and below, it’s still not a large percentage—only 3.8% of patients.

Please note that there’s no magical cut-off where you have to race to the hospital if you take too much D. The higher your blood serum level goes over 100, and the longer you’re there, the greater your risk. According to the Vitamin D Council, what exactly constitutes a toxic dose of vitamin D has yet to be determined, though published cases of toxicity, for which serum levels and dose are known, all involve a consistent intake of at least 40,000 IU per day.

It’s really a case of “too much of a good thing,” as Shakespeare put it. There are very few substances under the sun which, when consumed to excess, won’t harm you in the end. Medicines, whether of the natural and herbal variety or the patented and pharmaceutical variety, are dose-sensitive. A few aspirins once in a while (or better yet, white willow bark) can relieve headaches and reduce inflammation; taking a whole bottle will kill you. Heck, even drinking too much water will kill you.

But the media emphasis on too much vitamin D in your system is wrong-headed. The real problem, as indicated by the study, is too much calcium. As we have discussed before, taking calcium without the co-factors has been shown to be bad for the heart—you need vitamin K2 and omega-3 fatty acids (and, for other reasons, magnesium too). Did the news stories mention that?

So if the vitamin D toxicity doesn’t occur until one has clearly overdosed on the stuff for quite a while, why all the scary headlines? “High dose vitamin D pills ‘can double heart condition risk’ ” says one headline. “High vitamin D levels linked to heart condition” says another. Or worst of all, The Atlantic Monthly’s story on the subject, “Are Supplements Killing You? The Problem With Vitamins, Minerals,” started off with this teaser: “In two recently published studies, researchers suggest that supplements can do more harm than good if taken in addition to a healthy diet.” Outrageous horse-pucky.

Another study presented at the same AHA annual meeting, analyzing sixteen years of data gathered from more than 2,000 healthy, postmenopausal women, found a direct correlation between low vitamin D levels and heart problems. About 15 percent of the women with low vitamin D levels either died or suffered heart failure, a heart attack, or stroke during the study period.

Which study do you think got more press attention? You guessed it—the one that was thought to imply that vitamins were dangerous. Which of course was not what the study said at all. For more on what this study really said, you can read the Vitamin D Council’s analysis on their website.

Besides the scramble for ratings and web page “hits,” is anything else behind this anti-vitamin bias? The pharmaceutical industry is investigating a number of different synthetic versions of vitamin D, all of which are being investigated as treatments for various kinds of cancer. Two of them were complete failures. Two others—one specifically for prostate cancer, the other to be used in conjunction with standard chemotherapy—are showing promise. Interestingly, one of the researchers on the panel that produced the IOM’s anti-scientific vitamin D report sits on the Board of Directors for one of the companies working on the vitamin D drug—a high-potency formulation of intravenous vitamin D.

That’s the one–two punch preferred by the pharmaceutical industry and its media partners: first, pretend the vitamin either doesn’t work at all, or will kill you if you take too much of it, and scare off the public; then, reformulate the same vitamin into a drug that can make you millions of dollars. Let’s not forget that much of the major media is currently on financial life support and the support that keeps them alive is coming from Big Pharma.

The worst part of what may be a drug company campaign against supplemental vitamin D—and the media headlines warning about the dangers of “excess D”—is that at least one-third of all Americans are actually deficient in vitamin D. Besides causing heart problems in older women, vitamin D deficiency can cause chronic pain, weak bones, frequent infections and illnesses, diabetes, depression, and even cancer. In proper amounts, vitamin D is a potent immune system booster, maintains your calcium balance, helps regulate insulin and blood pressure, and may protect against osteoporosis, cancer, and Alzheimer’s.

And of course we have long advocated vitamin D as being the healthy alternative to the dangerous mercury-infused flu shot. It also short-circuits inflammation that can lead to flu-related complications such as bacterial pneumonia or lung infection. Want to be protected from colds and flu this season? Take proper amounts of vitamin D.

So what’s the proper amount? How do you get enough, but not too much?

Vitamin D supplementation depends on the region where you live, your exposure to sunlight, and your body’s particular ability to synthesize vitamin D3. The only sure-fire way to know if you’re getting enough vitamin D is to have a blood test. Your doctor can do it, or you can go to an independent lab, or you can purchase an easy-to-use in-home test kit and test the levels yourself.

The Vitamin D Council has an in-depth discussion of adequate doses of supplemental vitamin D3, but notes that children and adults with chronic health conditions such as autism, MS, cancer, heart disease, or obesity may need twice as much for proper health support. They emphasize that the doses they suggest are just to get you started. There is no substitute for a blood test to help you determine your body’s unique needs.