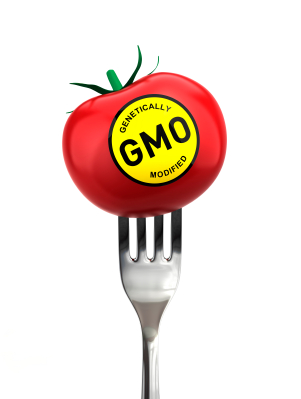 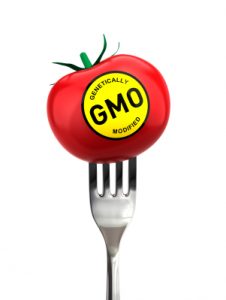 In an attempt to cut already too rapid approval times for genetically engineered seeds in half, the US Department of Agriculture will, under forthcoming rules (expected in March), give GE seed companies—including the Monsanto Company—faster regulatory reviews.
USDA now says it plans to invite public comments as soon as seed developers file a complete petition for deregulation rather than waiting until the end of the review process. However, faster rulings will almost certainly mean that public comments will get short shrift. The USDA’s Animal and Plant Health Inspection Service, or APHIS, will get to address the public’s concerns (that is, argue against them) earlier in the process, and GE crops reviews will get rubber stamped even faster than the current average of about three years.
This is precisely what the GMO industry wants. If they can get the approval time reduced, they can sidestep opposition and start getting sales that much faster.
In 1906, American author Upton Sinclair wrote a scathing book about the meat packing industry called The Jungle. The book caused such an uproar that within a few months, the Pure Food and Drug Act and the Meat Inspection Act—two of the most important early food safety laws in the country—were passed by Congress.
Leading the call for food safety reforms were people who came to call themselves progressives; in fact, one of the biggest platforms for progressives of the era was to improve food safety. Yet today, one of the largest “public interest” food safety advocacy groups is in fact a biotech apologist—and an active defender of genetically engineered foods.
The Center for Science in the Public Interest (CSPI) says its mission is to “reduce the burden of foodborne illnesses” and “provide solid safety advice to consumers,” while their “staff of experts encourages policymakers, government regulators, and the food industry to work harder to protect American consumers from contaminated food.” At the same time, however, CSPI firmly sides with Monsanto and the GE industry.
Currently, CSPI is defending former Monsanto lobbyist Mike Taylor—who is now the head of food safety at FDA—from a petition that’s gaining speed online. The petition urges President Obama to reconsider the appointment and remove Taylor from his position. Michael Jacobson, CSPI’s executive director, wrote in an open letter to MoveOn.org, “Michael Taylor is a devoted public official and I thought it was outrageous that he was being attacked in this mindless petition.”
Mindless petition? Why exactly is President Obama, a self-described political progressive, putting a Monsanto executive in charge of food safety? What would Upton Sinclair say about that? How can this be anything but a betrayal of progressivism’s roots? And how can CSPI defend what it is doing?
Here is what a MoveOn director says about it: “Michael Taylor is just another example of the revolving door between lobbyists and government that has made the American people so distrustful of Washington politics. Mr. Taylor went from working at the FDA to working at Monsanto and back to the FDA. Of course this back-and-forth raises questions about his ability to remain impartial regarding decisions that impact Monsanto’s bottom line.”
Shockingly, CSPI even wrote FDA asking the agency to silence companies that have been telling customers their foods do not contain GE ingredients!
One of CSPI’s harshest critics has been Doug Gurian-Sherman, PhD. He is a senior scientist in the Food & Environment Program at the Union of Concerned Scientists, where he focuses on agricultural biotechnology and sustainable agriculture. He is the author of numerous papers and reports, including Failure to Yield: Evaluating the Performance of Genetically Engineered Crops, and CAFOs Uncovered: The Untold Costs of Confined Animal Feeding Operations.
But note this: he was the founding co-director and science director for the biotechnology project at CSPI! And he says the organization is wrong on GMO:

CSPI seems to have forgotten basic biology in its new report, complaining that APHIS and FDA are taking too long reviewing petitions to deregulate genetically engineered (GE) crops…. CSPI is simply wrong on the science…. GE causes unintended effects, where even the same gene inserted into the same crop as previously done can cause new unexpected, possibly harmful, changes in the plant.

The current pace and volume of GMO approval at USDA is already out of control, as we’ve seen with recent corn, alfalfa, and sugar beet approvals, even in the face of court rulings to slow down. Now with USDA ready to implement a set of “easy pass” regulations for GE foods, the floodgates will be open wide. Presumably that’s the idea: make it happen so fast it will be irreversible, and if it destroys organic agriculture in the process, that’s just too bad.
Environmental policy seems to change from administration to administration, but GMO policy, which is such a threat to our environment, doesn’t change at all no matter who is in power. Why are food safety advocates—both citizens and politicians— who should be the most zealous supporters of natural and organic foods, so blind to the terrible dangers of genetically engineered crops and foods?

57 responses to “USDA Decides the Current Rush to Rubber-Stamp GMO Foods Is Too Slow!”