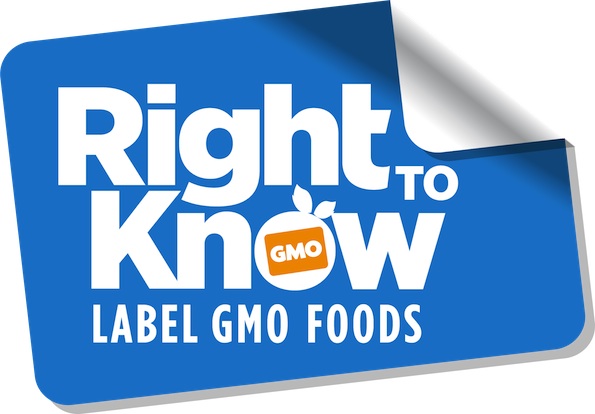 Dear Supporter,
Scientists knew about the dangers of cigarettes, DDT, and Agent Orange long before anything reached the public. The same is true today about genetically modified food (often referred to as genetically modified organisms or GMOs). This food is being sold without even a label identifying it. A genetically modified seed was even created to allow them to spray a chemical containing Agent Orange on crops without killing them.
GMOs are not safe. Scientists are seeing birth defects, high infant mortality rates, fertility problems, and sterility in hamsters, rats, mice, and livestock fed GMO soy and corn, and some hamster pups even began growing hair inside their mouths. Studies indicate many other serious health risks as well.
Today’s Goliath—the biotech industry—is again hoping he can shout his lies about the presumed safety of GMOs louder than David’s truth—yours and mine. More to the point, Goliath is working to make sure you don’t find out which foods have GMOs in them, despite the fact that over 90% of Americans believe GMOs should be labeled. In particular, these corporations are fighting a California ballot initiative that would require labeling. They know that it won’t be possible to label in California and not label elsewhere.

Just 44 corporate Goliaths have contributed nearly $25 million to oppose your right to know what’s in your food. In the other corner, 1,200 donors like you have contributed a combined $2.8 million in support of GMO labeling.
That’s a ten-to-one advantage, but we can fight back. The Right to Know Campaign has produced a powerful TV commercial that reminds voters we can’t trust corporations that pretend to be concerned about our health and safety.

Click here to watch the ad. It reminds California voters why we must label GMOs now, before it’s too late.

Through strategic placement of these commercials in key parts of California, we can spread the message to California voters who need to hear the truth!

Won’t you make a contribution TODAY to get this powerful TV ad on the air in California?

The Right to Know Campaign needs to raise $1,000,000 by September 30 to maximize their voter outreach in the final weeks before the election. Every dollar contributed represents precious seconds of airtime that can help a California voter understand what are really at stake here—our families, our health, and our lives.
Please make a donation today!
Sincerely,


P.S.: In 1994, Norman Braksick, president of Asgrow Seed Company, a subsidiary of Monsanto, was quoted in the Kansas City Star as saying, “If you put a label on genetically engineered food you might as well put a skull and crossbones on it.” If you want to protect your family from GMOs, labeling may well be the only way to do it. Please give generously.

2 responses to “What Do Cigarettes, DDT, Agent Orange, and Your Groceries Have In Common?”