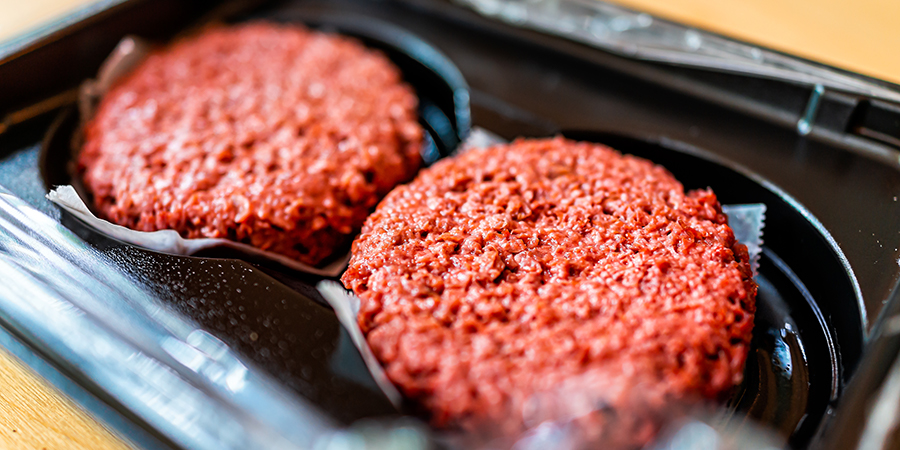 Behind the approval of the plant-based burger that will be hitting store shelves soon. Action Alert!

Plant-based meat products seem to be all the rage. They are billed as a healthier, more environmentally-friendly alternative to traditional meat, and the fad is catching on. Fast-food giant Burger King has announced the “Impossible Whopper,” a meatless version of their popular sandwich. What you probably haven’t been told is that these plant-based meats are made possible through a new form of genetic engineering that has undergone virtually no safety testing. Once again, the American consumer will be Big Food’s guinea pig—unless we speak up.

The Impossible Burger is able to give the impression of “bleeding” like real meat because it releases a compound called heme. Heme is found naturally in beef and is released during the cooking process. Heme can also be sourced from soy plants, specifically the roots, but it isn’t sustainable: it takes one acre of soy to produce just one kilogram of soy heme. To circumvent this problem, Impossible Foods, the manufacturer of the Impossible Burger, creates heme through synthetic biology (synbio).

Here’s how it works. The genetic code for the heme protein is inserted into genetically modified yeast. The yeast is then fed so it grows, replicates, and manufactures heme.

The FDA recently approved this synbio “heme” as a color additive, which means that the Impossible Burger can hit supermarket shelves. (Note: the approval of heme was only relevant to selling the burgers raw in supermarkets—restaurants did not need heme to be approved by the FDA to serve cooked plant-based burgers.)

Has “heme” produced in this way been tested for safety? Has it been confirmed that this method of producing the compound will not lead to allergic reactions? No. But that hasn’t prevented the FDA from giving the green light in yet another capitulation to Big Food.

This goes far beyond the Impossible Burger. A wide range of biopharmaceutical compounds have been produced by using yeast synthetic biology, including antimicrobials (penicillin), pain killers (hydrocodone, opioids), antioxidants (resveratrol, B-carotene, lycopene), and even snake venom. Dairy and egg products created through synthetic biology are also being investigated. Why spend all the time and energy to source these compounds from the natural world when souped-up, genetically modified yeast can be programmed to manufacture them for you?

Given the embarrassingly narrow definition of what constitutes a GMO that has been adopted by the federal government, none of the foods produced using synbio will have to be labeled as “bioengineered.” We’ll have a wave of new foods coming to the market, without any safety testing, and without being clearly labeled that they were produced using genetic engineering. This is unacceptable.

Action Alert! Tell Congress and the FDA that “heme” produced with synbio must be adequately tested before it is released to the public. Please send your message immediately.

111 responses to “What Makes the “Impossible Burger” Possible?”