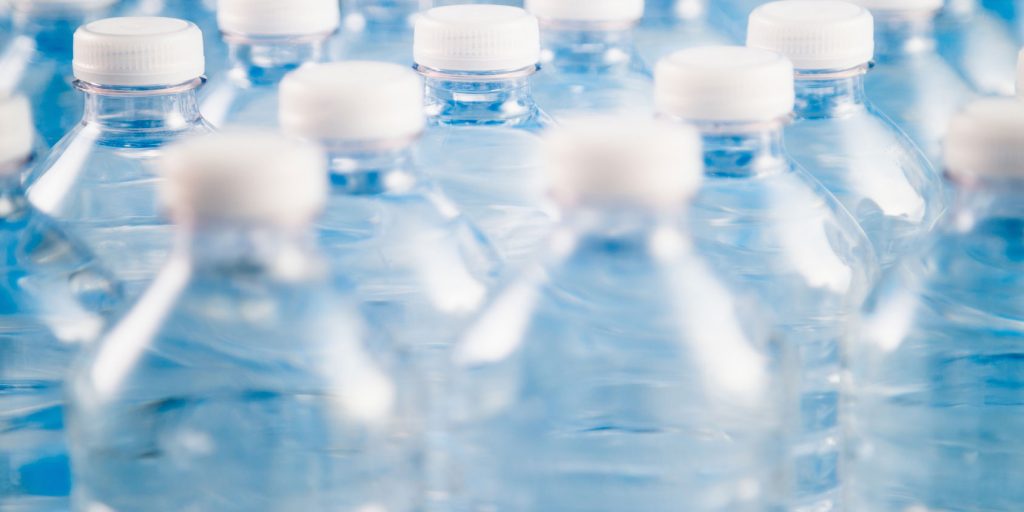 May 16, 2018
Category: Stop Poisoning Ourselves

…in the water, not in the bottle! Action Alert!

Many Americans drink bottled water, the market for which has grown to $147 billion in recent years. Despite this rapid growth, there are emerging health concerns with drinking bottled water, notably from the chemicals used in the production of plastic which, as our friends at Mercola.com point out, have hormone-mimicking activity that threaten human health. A recent report tested top bottled water brands to see which were the most contaminated with plastic—and the results may shock you.

Researchers at the State University of New York, commissioned by the non-profit Orb Media, tested 259 bottles of eleven top brands of bottled water for the presence of microscopic plastic. Only seventeen of the 259 bottles were free of microplastic particles, and none of the brands were consistently free of plastic in the water. The most contaminated brands were Nestle Pure Life, Bisleri, Gerolsteiner, Aqua, and Epura; the least contaminated brands were San Pellegrino, Evian, Dasani, Wahaha, and Minalba.

Orb Media points out that if someone were to drink a liter of bottled water each day they might be consuming tens of thousands of microplastic particles in a year. These particles can lodge in the intestinal wall and can be small enough to cross the gut into the body. Microplastics aren’t just found in bottled water: a German study found them in all beers that were tested, and a French study even found them in the air.

The scariest part of this issue is that no one knows the impact of microplastics on human health; there have been no studies on the effects of microplastic consumption by humans. Microplastic particles generally bind with toxins that don’t dissolve, so these particles could be carrying environmental pollutants like mercury or pesticides into our bodies.  There is also evidence that phthalates, chemicals found in plastics, affect hormones and metabolism, leading to weight gain: drinking bottled water could be making us fat!

This is a follow-up story to another report issued by Orb Media which found that 94% of tap water in the US was contaminated with plastic fibers.

Consumers should take heed of this report. It’s best to drink filtered spring water from glass, rather than plastic, bottles. Beware, too, of aluminum or other metal water bottles, which have been found to leak BPA at astonishing levels.

Action Alert! Tell the EPA and Congress to study the effects of microplastic particles on human health, and to protect consumers accordingly. Please send your message immediately.

6 responses to “Which Bottled Waters Contain the Most Plastic? ”