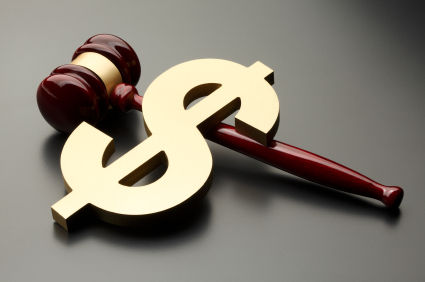 Last week, USDA secretary Tom Vilsack gave a clear directive to his department’s new Advisory Committee on Biotechnology and 21st Century Agriculture (AC21): come up with a plan to compensate organic and conventional farmers whose crops become contaminated because of genetically engineered foods.
This directive is clearly intended to sound like it will help farmers. But we think it is actually intended to help Monsanto. To see why we think this, a bit of background.
The committee is comprised of a broad spectrum of interested parties: organic scientists and organic trade organizations, conventional farming industry reps (including makers of high-fructose corn syrup), DuPont, agriculture experts, genetic engineering companies, lawyers, and a few concerned individuals.
As we reported recently, courts have increasingly been siding against GE and biotech farming when surrounding farms and products become contaminated. Bayer CropScience recently agreed to pay up to $750 million to farmers in the Midwest to settle lawsuits over its contamination of the US rice supply.
This is in sharp contrast to the past when Monsanto was suing nearby farmers whose crops were contaminated for theft of product and using the threat of suit to intimidate and silence.
Could this possibly mean, asks Marion Nestle in her Food Politics blog, that instead of Monsanto suing organic or conventional farmers whose crops get intermingled with patented GM varieties, Monsanto might now have to treat organic farmers fairly and pay them for the damage caused by the contamination? Or does the USDA actually have in mind a new protection scheme for Monsanto—a legal shelter that will limit Monsanto’s future monetary damages?
This isn’t the first time that our crony capitalist-inclined government has created a system protecting industry from liability. You may recall our stories on “vaccine courts” like the National Vaccine Injury Compensation Program, a no-fault system that compensates individuals harmed by vaccines. By denying the right to file lawsuits, it’s a way to protect the vaccine industry from potentially huge financial damages. Will this USDA compensation plan for GE crop contamination be just another gift to the biotech farming industry?
Tom Vilsack does not admit to being a crony of the biotech industry. The secretary was quoted as saying, “I have no favorite [type of agriculture] here,” but other statements—and past actions—make it clear that this is not a truthful statement. Today’s USDA acts virtually as an agent of Monsanto and other big GE companies. So do other government agencies which want to promote the export of this “American” product, as Wikileaks documents show.
Consumers, by contrast, have been voicing their objections to genetically engineered foods, and some elected officials are listening. In June, the House of Representatives amended the agriculture spending bill and prohibited the FDA from spending money to approve genetically engineered salmon. Sen. Lisa Murkowski (R-AK) recently said she would attempt to do the same for the Senate version of the bill.
ANH-USA strongly advocates for clear labeling on all genetically modified foods to give consumers an informed choice, a position which the American public strongly supports. Citizen activists have organized the Right2Know March—a massive sixteen-day march from New York City all the way to the White House to demand GMO labeling. The march takes place from October 1 to October 16; they are looking for walkers, bikers, drivers, volunteers, cheerleaders, hosts, and supporters, so be sure to visit their website for details.
Today please contact Congress and USDA secretary Tom Vilsack and tell them America will not stand for any USDA’s attempt to shield the GMO industry from liability when their products contaminate surrounding organic and conventional crops. Please take action now!

26 responses to “Whose Side Is the USDA Really On?”