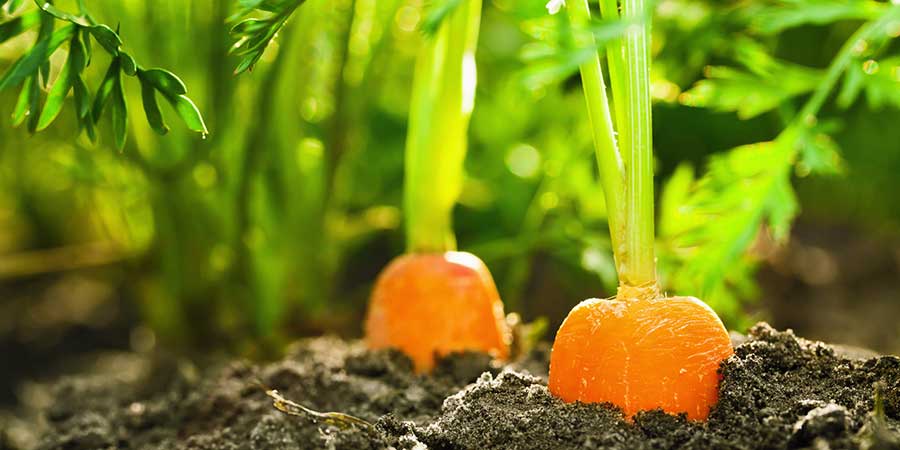 The USDA’s organics program has been taken over by corporate interests; it’s time to fight back. Action Alert!

Consumers looking for clean, healthy food have for years turned to foods with the USDA’s organic seal. This seal is understood to mean that the food has been grown in accordance with organic principles—most importantly, that the farming practices promote healthy soil, which in turn produces healthy food. Unfortunately, corporate influence has infected the USDA’s organic program to such an extent that it can be difficult to trust the organic seal. Until the USDA cleans up its act, consumers may need to start looking to alternatives, such as the Real Organic Project.

Concentrated animal feeding operations (CAFOs) have taken over organic eggs and dairy. According to organic standards, livestock are supposed to have access to the outdoors, fresh air, and sunlight. But these provisions have been interpreted in such a way as to allow CAFOs to confine animals to barns but add “porches”—a roof built over a concrete floor with screens as walls—and still label their livestock as “organic.” This allows CAFOs to continue to raise millions of chickens or livestock on the cheap in cramped, squalid conditions but charge the organic premium.

The USDA estimates that half of all organic eggs come from CAFOs. This is crucial for those seeking healthier options: organic eggs have been found to contain more micronutrients than conventional eggs: organic eggs have three times more omega-3 fatty acids, 40% more vitamin A, and twice as much vitamin E. Buying CAFO-raised organic eggs means consumers are not getting the benefits they think they are.

Organic milk suffers from a similar problem: half of organic milk sold in the US comes from CAFOs, according to the Cornucopia Institute. Recent exposés have detailed how CAFOs try to cheat the system by not pasturing their cows as required by organic standards. Real organic milk from grass-fed cows contains more conjugated linoleic acid (CLA), an unsaturated fat that studies have shown helps protect the heart and help in weight loss. Again, consumers are being duped into thinking they’re buying healthier milk when organic rules are manipulated and broken in these ways.

Another way that organic rules have been undermined is the acceptance of hydroponic produce as “organic.” Hydroponics is a technology for growing plants in water with dissolved fertilizers rather than actual soil. Produce grown hydroponically is often produced in massive warehouses under artificial lighting. Hydroponically-grown food is a betrayal of the organic principle of feeding the soil, not the plant. Plants interact with the microorganisms in the soil in complex and fascinating ways that obviously cannot be reproduced without soil. It is these interactions that account for the high nutrient content in the organic fruits and vegetables we eat. Well-nourished mycorrhizal fungi, for example, can mine minerals out of rocks and deliver them to plants.

This is why truly organic produce delivers 20-40% more antioxidants than their conventional counterparts. Plants make these compounds to protect themselves from insects and disease. Hydroponic crops that are fed a diet of chemical fertilizers do not need to work as hard to grow, and therefore do not produce the beneficial antioxidants that organic plants do. Hydroponic produce may sound good in theory, but it doesn’t deliver the nutrient punch of true organic produce.

The hydroponic market is now exploding, expected to double by 2025. We’ve been told by organic farmers that the majority of organic tomatoes on the market currently are hydroponic, as well as a large number of organic berries. There’s no way for consumers to know if produce has been grown hydroponically—all they’ll see is the USDA organic label. The same is true of “organic” milk and eggs that come from CAFOs.

What can be done to save real organic agriculture? Unfortunately, the USDA doesn’t seem to care. The government’s program has totally been co-opted by industry: it isn’t small, independent organic farmers who want CAFO milk and eggs and hydroponic produce to be organic. We can also see the fingerprints of corporate influence through the ever-growing list of synthetic additives that have been allowed in organic production. More than 250 non-organic substances are currently allowed, up from 77 in 2002. For example, General Mills, Campbell’s Soup, Organic Valley, Earthbound Farms, and Whole Foods Market voted to include ammonium nonanoate, an herbicide, in organic production—a vote which they ultimately lost. The growing consolidation of the industry also gives larger corporations an edge over the dwindling number of independent farmers who do not have powerful lobbyists at their disposal. The USDA also has no mandate to promote organic agriculture, since it would be doing so at the expense of conventional agriculture which is represented by powerful special interests.

We’ll also point out that the organic standard did not start out as a government program. It began as a movement of private certifiers in the 1970’s and 80’s. States began passing their own standards. It wasn’t until 1990 that the federal government got involved with establishing its own organic program, opening the door for Big Food corruption.

Organic farmers are banding together to do something about this fraud. They’ve created the Real Organic Project which provides a certification that lets consumers know that produce was not grown hydroponically and milk and eggs are not from a CAFO.  It includes but exceeds the USDA standards for organic agriculture. The group is in the midst of creating a label for foods at the supermarket so consumers can know which farms carry this certification. Stay tuned for more details on the excellent work of this group.

The future of true organic farming is at stake. Small producers who take the spirit of organic farming seriously cannot compete with large producers who either break the law or take advantage of shortcuts. The Real Organic Project will allow us to vote with our dollars to support legitimate organics.

In the meantime, we must pressure the USDA to do its job to ensure the integrity of the organic label.

Action Alert! Write to the USDA and NOSB and tell them it is a perversion of organic standards for hydroponic produce and CAFO milk and eggs to be labeled organic. Please send your message immediately.