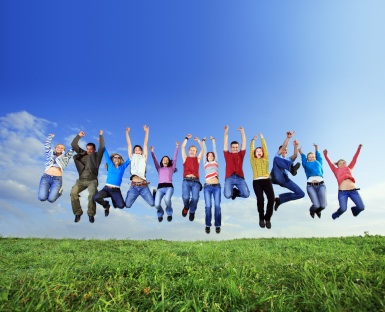 What a tremendous outpouring of grassroots activism! But we need to stay vigilant.

As you probably know by now, your extraordinary response to our emergency Action Alert last week helped ensure a stunning defeat of the sneaky anti-supplement Durbin amendment by a vote of 77 to 20. Senator Dick Durbin had offered it at the last minute as an amendment to an FDA bill.
His amendment picked up some pieces from his previous bill. This new attempt to surreptitiously push his agenda through is precisely the sort of thing we predicted he might try.
After we sent out our Action Alert email last Thursday—something we do rarely, since we don’t like to burden our readers with additional emails unless there is something truly urgent—nearly 90,000 messages were sent to Congress in less than 24 hours. This was an astounding, and deeply heartening, response. Thank you! The overwhelming defeat of the amendment shows what citizens working together toward a common goal can achieve.
One of the things we found alarming in this amendment saga was the amount of misinformation in Sen. Durbin’s speech on the Senate floor last Wednesday. As you can see for yourself if you go to the C-SPAN video of the session and, in the Timeline section, scroll down and click on the 05:43:30 segment, you’ll hear Sen. Durbin say, “No one tests dietary supplements….Companies that make these products may test them if they wish, there’s no requirement under law that they test them, and there’s certainly no agency of government that tests dietary supplements….There’s just no testing involved.”
This is completely untrue—supplement companies, by law, must comply with the Dietary Supplement Current Good Manufacturing Practices (CGMPs) and must conduct testing throughout the production process as well as testing the finished product for quality control. As with the pharmaceutical industry, the burden is on supplement companies to test their own products, because in the end they are liable should FDA choose to take enforcement action against them.
One reason we are so concerned about legislation like Sen. Durbin’s is that it is clearly intended to put us on a slippery slope toward a supplement pre-approval system—similar to the system being used by the European Union, where only those vitamins and minerals on the approved list may be used in food supplements, and only in very limited amounts. For example, if a supplement contains more beta carotene than is present in half a large carrot, it is banned. A regulatory framework like the EU’s is exactly what Sen. Durbin wants.
Sen. Rand Paul offered an admirable amendment to the same bill that would have stopped FDA censorship of health claims on dietary supplements, prohibited FDA employees from carrying firearms, and curbed FDA’s power to conduct raids on natural food stores and Amish farmers. Unfortunately the amendment was defeated 78 to 15. In addition to Sen. Paul, Senators Ayotte (NH), Boozman (AR), Coburn (OK), Cornyn (TX), Crapo (ID), DeMint (SC), Johanns (NE), Johnson (WI), Lee (UT), Risch (ID), Thune (SD), Toomey (PA), Vitter (LA), and Wicker (MS) voted for the amendment.

If you are a resident of one of these senators’ states, please send them a message, and tell them how much you appreciate their support! Take action now!

Some senators voted no because of prior commitments to the bill’s sponsor or for other reasons. Many were genuinely opposed to the ideas Sen. Paul expressed in this amendment, which we wholeheartedly endorse. In the weeks ahead, we intend to probe more deeply to find out which senators are really opposed to us. Whatever their number, we have a lot of work to do in the Senate.
Both these amendments were attached to the FDA Safety and Innovations Act (S. 3187), otherwise known as the Prescription Drug User Fee Amendments of 2012. Although its passage is certain, we do not support it. Under this bill, FDA is authorized to collect fees from the pharmaceutical industry—allegedly to fund and expedite the drug approval process, but really to pay agency expenses, including employee salaries.
This approach to funding makes FDA’s employees beholden to the very companies they are meant to oversee. In other words, it invites corruption. Not surprisingly, senators like it because they don’t have to pay agency expenses with federal money, so it’s no surprise that the bill passed, with only one senator standing in opposition: Bernie Sanders. What does it say about a legislative body that it almost unanimously passes a bill which invites government corruption?
All of this underscores how important it is to be vigilant. There will always be legislators like Sen. Durbin and Rep. Waxman who will introduce provisions that sound good to most observers at first blush, but which are intended to be stepping stones to treating supplements like drugs, as is now being done in Europe, which in turn will mean the end of most useful supplements.
We would especially like to thank Senators Orrin Hatch and Tom Harkin for the work they did in opposition to the amendment, from Senate meetings to making strong floor statements against the legislation to rallying the wider community to stand in protest. These senators deserve our gratitude and support.

95 responses to “You Defeated the Durbin Amendment!”