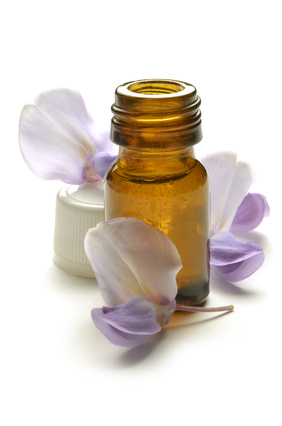 But new JAMA “study” says we are medical conspiracy kooks who are unscientific and foolish.

Are you concerned about government limitations on your access to natural treatments and dietary supplements? Are you alarmed by the safety and integrity of our food system? Do you worry about fluoride in your food supply? According to an article published in JAMA Internal Medicine, a publication of the American Medical Association, you are a head case.

As reported in the March 17 Reuters Health, the so-called study—an online survey containing six questions posed to 1,351 respondents—looked at the “medical conspiracies” frequently “believed” by consumers. The questions ranged from the claim that a US spy agency infected a large number of African Americans with HIV to the notion that the government “prevents citizens from accessing alternative medicines.” Included were theories that the government knows cell phones cause cancer but does nothing about it, that GMOs are being used to shrink the world’s population, that routine vaccinations cause autism, and that water fluoridation is a way for companies to dump dangerous chemicals into the environment. Some 49% of the survey participants agreed that there was substance to at least one of the conspiracy theories.

Note how the more paranoid fantasies are given equal footing with claims that have abundant and credible evidence—such as the government suppressing alternative medicine. We have reported extensively on the FDA’s attacks on integrative practitioners and their innovative treatments.

At the heart of the JAMA study, as well as the Reuters Health article, is a sneering condescension toward any who question any part of the mainstream medical position. For example, according to the article, there’s a strong correlation between believing in conspiracy theories and taking dietary supplements: “While 13 percent of people who did not believe in any conspiracies took herbal supplements, 35 percent of those who believed in three or more theories took supplements. Overall, the researchers say people who believed in conspiracies were more likely to use alternative medicine and to avoid traditional medicine.”

In other words, it’s just our paranoia that’s keeping us from traditional medicine—and not the 210,000 to 440,000 patients who die every year from medical mistakes. “Conspiracy theorists” are also assumed to be profoundly unscientific: “Science in general—medicine in particular—is complicated and cognitively challenging because you have to carry around a lot of uncertainty,” according to the JAMA study’s author.

The article concludes by encouraging doctors to set their patients straight about “conspiracies,” since skeptical patients are less likely to submit unquestioningly to prescription regimens. Apparently ANH-USA and its grassroots activists have been going about this whole “health” thing wrong—we should just sit back, relax, and let all those smart guys in Washington tell us what to believe, and what to swallow—literally.

Is this what the American Medical Association believes? No one can be sure, but based on the evidence we have seen over the years, we think it is entirely representative of the organization’s attitude.

In this context, it is worth remembering the old saying about how ideas change. At first ideas that challenge the conventional wisdom and entrenched interests are mocked. Then, as they begin to gain ground, they are studiously ignored (hush—don’t let people hear about this!). In the third stage, the establishment feels really threatened and fights tooth and nail to destroy the new ideas. When that fails and the new ideas finally triumph, the opponents simply shrug their shoulders and say: Oh, we knew that all along.

The day is coming when JAMA will say about integrative medicine: Oh, we were in favor of that all along!