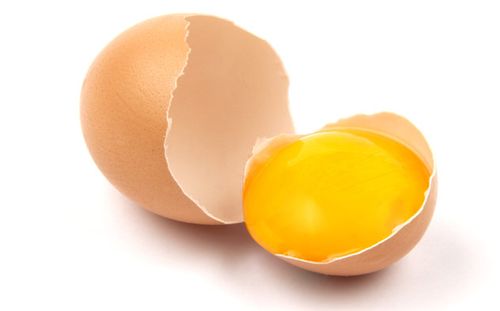 It’s junk science, of course—a profoundly flawed study from scientists with ties to the pharmaceutical industry.

The methodology for a new study, “Egg yolk consumption and carotid plaque,” published last week in Atherosclerosis Journal, appears to consist of a single questionnaire asking people about “their lifestyle and medications, including pack-years of smoking, and the number of egg yolks consumed per week times the number of years consumed (egg-yolk years).” A methodology that is dependent on participant recollection, accuracy, and honesty is the very definition of unreliable, as paleolithic health guru Mark Sisson points out. Moreover, since it’s a single datapoint, no causality can be ascribed.
The authors of the study admitted to conflicts of interest when they did a similar study two years ago: one received honoraria and speaker’s fees from several pharmaceutical companies manufacturing lipid-lowering drugs, while the other received support from Pfizer for an annual atherosclerosis symposium and his research was funded in part by Pfizer, AstraZeneca, and Merck.
See how this works? Big Pharma has a vested interest in selling drugs to lower cholesterol. Big Pharma funds research that says our favorite breakfast food causes high cholesterol (which is not true). The idea is to give people with a false choice: change a lifelong dietary habit, or pop a pill. Big Pharma thinks they know which choice most people will make.
The authors found that “carotid plaque area increased linearly with age after age 40, but increased exponentially with pack-years of smoking and with egg-yolk years.” This led them to form a hypothesis—that egg yolks may cause plaque in much the way cigarette smoking does—and that regular consumption of egg yolks should be avoided by persons at risk of cardiovascular disease. They then say more study is warranted.
The media, of course, did not look closely as this nonsense. A typical treatment is found in the Los Angeles Times, which turned the hypothesis into a fact: that egg yolk consumption accelerates the thickening of arteries almost as severely as does cigarette smoking. Period. Not just for people at risk of cardiovascular disease; gone is the presentation of findings as the basis of a hypothesis that merits further and more careful study.
At ANH-USA, we always try to underscore the importance of consuming whole, unprocessed foods to promote health. This means whole eggs, yolks and all. Yolks are nutritionally superior to whites on nearly all measures. They’re especially important as a source of healthy omega-3 fatty acids; they also contain cholesterol and saturated fat, which are in fact critical nutrients despite being demonized by mainstream “experts”: cholesterol helps build new muscle and protects against heart attack, not to mention cancer, while saturated fats enhance the immune system, and protects the liver from alcohol and other toxins, among many other important functions.
Egg yolks also contain choline, a B vitamin that is especially important for cell membrane health, for the coating of nerves to promote faster and better communication, and for preventing build-up of the toxic compound homocysteine in the blood. Choline can also help reduce chronic inflammation. The most choline-rich vegetables pack about half the choline per serving as eggs.
When in doubt, remember that our bodies have adapted over thousands of years to know what to do with whole, unprocessed foods. It is a basic tenet of natural health that whole foods are better tolerated by the body than processed foods—and that means eating whole eggs, preferably from pastured, cage-free chickens fed a species-appropriate diet of green plants and insects, and no corn feed, most of which is now genetically engineered!

Leave a Reply to Alex A. Munguia Cancel reply