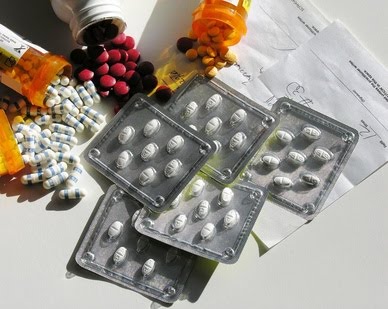 —along with making your stomach worse, giving you pneumonia, or causing cancer.

In another article this week, we reviewed research on how sugar can decrease your brain’s ability to process information. But sugar isn’t the only threat to your brain.
Stomach acid drugs—both the regular over-the-counter antacids and the expensive prescription acid blockers—are conventional medicine’s answer to stomach pain and acid reflux (heartburn). The problem is that there is little or no science to support this use, and plenty of reasons to think they make the problem worse, in addition to creating a host of nasty side effects.
Among the most popular acid blockers are proton pump inhibitors (PPIs). They’ve been associated with a number of undesirable side effects, including reduced calcium absorption, associated with an increased risk of bone fractures in women; an increased risk of vomiting and diarrhea; an increased risk of pneumonia (because an acid-free stomach lets pathogens into our body), and an increased risk of dementia in elderly African Americans and probably in others.
Science does not yet know for sure what causes acid reflux. But one idea is that it’s caused by a stomach environment that is not acidic enough. The lack of acid in the stomach, where it is meant to be, means that the stomach may fail to signal the pyloric valve at the top of the stomach to close when you are digesting food.
The failure to close may also be linked to an overgrowth of helicobacter bugs which do not like acid and are able to turn down your stomach acid production. Restoring stomach acid with hydrochloric acid supplements both helps the stomach signal the valve to close and also helps control the helicobacter bacteria.
Absurdly, some doctors are now suggesting surgery to seal the malfunctioning valve with sutures.
Stomach pain apart from acid reflux may also be caused—in many or even most cases—by a lack of stomach acid. The lack of acid leads to poor digestion and thence to fermentation of the undigested food in the gut. Fermentation is the only other way the body can break down the food but it causes what can become painful intestinal gas. In that case also, more acid, not less, will help.
It should be obvious that young people, who have strong stomach acid, do not usually suffer from these ills. It is primarily older people who do, and it is well established that stomach acid production declines with age even in the absence of a helicobacter infection.
Why else might your stomach be lacking in acid? One possibility is that you are “salt-phobic.” Your body needs salt to make hydrochloric acid, your stomach’s endogenous acid, and too little salt in your diet might be a potential root cause of too little acid in your stomach. In addition to salt, probiotics and fermented foods also promote gut health and keep bad gut bacteria at bay, although these work below the stomach.
In general, what could be more important for our health than our digestion? Bad digestion is not only painful, often robbing us of sleep and energy. It affects everything: our brain, our body, and our life expectancy. What a tragedy then that conventional medicine has to get something so important so wrong.
If you are currently on a PPI and want to get off, or just want some sensible advice, try an integrative doctor. We list many of them on our site. ANH-USA does not recommend that you make any changes to your prescription drug usage without first consulting a doctor.