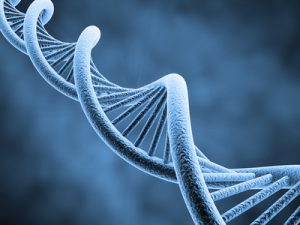 You spoke, and the FDA finally listened. Action Alert!
The FDA has belatedly shown common sense and compassion by granting patients access to Dr. Burzynski’s potentially lifesaving antineoplaston cancer treatment.
Recently we told you about dying patients being denied access to the innovative antineoplaston (ANP) treatment of Dr. Stanislaw Burzynski, a trail-blazing cancer doctor repeatedly and unfairly attacked by the FDA and mainstream media. The attacks even continued after Dr. Burzynski put his treatment into an FDA trial.
The patients denied access to ANP because they aren’t already participants in a now-closed FDA trial included 12-year-old McKenzie Lowe and 47-year-old Liza Cozad-Lauser. They suffer from DIPG, an aggressive and inoperable cancer of the brainstem. Since ANP treatment has been known to cure DIPG, they asked FDA for special access (known as a compassionate use exemption) to ANP. For months, while valuable time wasted away, the agency completely ignored them.
Please note the irony here. Before putting this treatment into a traditional FDA drug trial, Dr. Burzynski was treating and, in many cases, curing cancer patients. The FDA didn’t like that—so they tried to put him out of business. The agency demanded a drug trial, and once they got it, took the position that no patient outside the trial could receive ANP, despite its unique record of success. The agency showed not the slightest interest in helping dying patients, despite the existence of the compassionate use exemption, which was specifically built into law for that very reason.
With this as background, we asked for your help, and you sent in tens of thousands of messages to Congress, demanding they investigate the FDA’s refusal to grant exemptions. As a result of these and other messages, last week the FDA quietly informed the families of 8 patients that their exemptions were granted.
Sadly, some of these exemptions appear to have come too late. Six-year-old Refael Elisha Cohen has already slipped into a coma, and is unlikely to benefit from the treatment.
Additionally, the FDA is not permitting Dr. Burzynski to administer the ANP treatment himself; all of the patients granted a compassionate exemption will need to find another doctor. And, while Ms. Cozad-Lauser has already found a doctor willing to administer ANP treatment, the family of McKenize Lowe is having difficulty (this isn’t surprising, considering the FDA’s ongoing persecution of Dr. Burzynski).
What do these exemptions mean for the future of ANP treatment? According to a source with direct knowledge of the negotiations, Dr. Burzynski’s clinic is in talks with the FDA about additional clinical trials on ANP. Tragically, these trials will come too late for those currently with late-stage cancer.
Action Alert! The FDA’s decision is a victory for natural health advocates, but the fight has just begun: we must continue to pressure Congress and the FDA to allow patient access to potentially lifesaving treatments.

12 thoughts on “Grassroots Victory: Your Activism Could Save Liza’s Life”