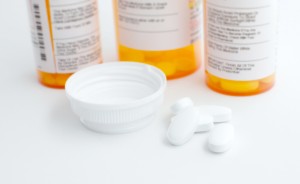 With the government shutdown, compounding got a temporary reprieve, but not for long. Action Alert!
As we reported a couple of weeks ago, the seriously flawed compounding bill is on the verge of passage: it has already passed in the House, and is now in the Senate waiting to be acted upon. Supporters of the bill in the Senate have requested that the bill be brought to the floor for a vote by unanimous consent (that is, without objections being raised or any tally of who voted). Fortunately, some senators objected to this subterfuge, which held up the vote—for a short while.
With the government shutdown, Congress has also been more focused on funding issues—the FDA doesn’t have enough funding right now to even carry out its existing duties, much less any new ones. Once funding issues are resolved, however, or even before, compounding will once again become a high priority issue. Because the bill has so much bipartisan support in Congress, it’s certain to pass. It’s vital therefore that we keep asking the Senate to amend the bill!
Our greatest concern is that the bill will limit compounded nutrients delivered intravenously—specifically those without a USP monograph (a grandfathered drug) or not on a pre-approved FDA list of drugs. In addition, compounded drugs resembling FDA-approved and marketed drugs would still be considered illegal. This would enable drug companies to raise prices on some drugs to astronomical levels. Please read our previous coverage of the issue for more information
Action Alert! Please send your senators another Action Alert email, and ask them to amend the Senate compounding bill immediately. We cannot stress how urgent this is—please take action if you haven’t done so already!