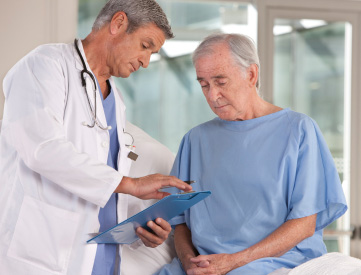 This is especially true when they’re “medical foods” that directly compete with drugs—it appears FDA is trying to kill them, with stringent new rules they’re illegally enforcing before the comment period is even over. Urgent Action Alert—MUST BE IN BY OCTOBER 15 (TODAY)!

In complete violation of due process, the FDA has warned at least one maker of medical foods that their products are misbranded, unapproved drugs. Although this might eventually be true under the FDA’s new draft guidance on medical foods (which we wrote about in August), the guidance has not been finalized and the guidance they are trying to enforce is not yet law. Meanwhile, comments from the public are being accepted only through today (October 15).

The FDA pulled a similar stunt in May 2012, when it tried to enforce its guidance on New Dietary Ingredients while it was still in the draft stage. It’s a disturbing pattern: the FDA increasingly uses guidance as if it were law in an attempt to circumvent the regulatory process.

“Medical food” doesn’t sound very appetizing, but if properly constructed it has a role to play. It’s a blend of fats, carbohydrates, proteins, and supplements designed to address the nutritional needs of people with a specific illness or condition, beyond what ordinary food can provide. It’s the one kind of nutritional supplement that is still allowed to make claims about treating disease, so without medical foods, the world of disease claims and treatment would be reserved exclusively for Big Pharma, which is exactly what the FDA wants. After all, it is Big Pharma that pays the FDA’s bills, including many staff salaries.

Currently, there are medical foods available that treat a wide range of diseases and conditions. But the new draft guidance narrows the definition of medical foods to just those that treat “inborn errors of metabolism” (IEM), as we mentioned in previous coverage of the issue. IEM are inherited disorders in which absence of an enzyme interferes with the metabolism of protein, fats, or carbohydrates, and clearly comprises a very small percentage of unwell people. There is no rational basis for this restriction. It is clearly meant to enforce drug monopolies.

By statute, medical food means “dietary management of a disease or condition, for which distinctive nutrition requirements, based on recognized scientific principles, are established by medical evaluation.” Of course, many diseases other than IEM have distinct nutritional needs, such as diabetes, which the guidance specifically excludes! Medical foods can also address the nutritional deficiencies that can occur from taking pharmaceutical drugs. Disease states associated with nutritional deficiencies include:


The FDA is also proposing that medical foods no longer require a doctor’s prescription. They are doing this because there will be so few medical foods under such tight restrictions that they will no longer pose any competition for drugs, and by removing the prescription requirement it can appear that the rules are being “liberalized.”

It is worth noting that there has been no instance of harm from the wider list of medical food previously allowed. Medical food manufacturers are also required to abide by Current Good Manufacturing Practices (CGMPs) for dietary supplements.

As a general rule, these products are safer than drugs. They are composed of ingredients that are either generally recognized as safe (GRAS) or are on an approved additive list. The FDA will approve toxic drugs with serious side effects, while they would never allow food ingredients with the same side effects.

Look, for example, at Flavocoxid, a medical food created for the management of osteoarthritis. It was formulated to be safer and have fewer side effects than its prescription drug equivalent, nonsteroidal anti-inflammatory drugs (NSAIDS), which are associated with gastrointestinal bleeding and even kidney failure. Like so many others, this medical food would disappear under the proposed new rules.

You may be interested to read the formal comments ANH-USA is submitting about this whole medical foods guidance fiasco. We are alleging that the FDA took the requirements by which a medical food can be exempt from labeling (as set forth in the Nutrition Labeling and Education Act) and is acting as if they are prerequisites for being a medical food legally. What a bait-and-switch! This new definition differs from the definition of medical foods in the Orphan Drug Act, where it originated. This new definition basically holds that if a disease can be treated with regular food, there can be no medical food legally available for that condition. We are alleging, among other things, that this guidance is a violation of the Administrative Procedures Act (APA), because the FDA is, for all intents and purposes, creating a new rule without following APA rulemaking requirements. We’re also charging that the guidance violates the First Amendment because it prohibits truthful claims about medical foods.

Urgent Action Alert! Tell the FDA they need to broaden their list of diseases and conditions for which medical foods may be administered, not restrict it! Especially let them know that diabetes patients need this kind of targeted nutrition therapy, and merely tweaking their regular diet is not enough. What we need are better medical foods, including medical foods with more natural ingredients, not the elimination of them. Also, the comment period, which ends TODAY, October 15, 2013, should be extended to allow concerned citizens such as yourself time to address the agency’s latest egregious violation of the law. Please send FDA your comments immediately, and we’ll send a copy to your senators and congressional representative!

12 responses to “Use Food for Healing? Not if the FDA Can Stop It!”