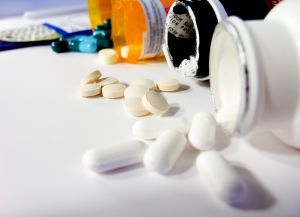 These widely-used cholesterol drugs can cause memory loss—there are even new warning labels about this and diabetes risk.

Statin drugs are huge money-makers for the drug companies. They’re touted as being able to lower cholesterol and thus reduce the risk of heart attack and heart disease. They also weaken the immune system and make it difficult to fight off bacterial infections; increase the production of cytokines, which trigger and sustain inflammation; deplete the essential nutrient Co-Q10; and have documented side effects. These include nerve damage, neurological problems (including Lou Gehrig’s Disease), muscle damage (don’t forget that the heart itself is a muscle), liver enzyme derangement, and in some cases even kidney failure, not to mention tendon problems, anemia, acidosis, cataracts, and sexual dysfunction.
Moreover, as we reported in January, statin drugs increase one’s risk of developing diabetes. A 2010 meta-analysis found that statin therapy of any dosage was associated with 9% greater diabetes risk.
The FDA should pull all statins. But at least there are some new label warnings, however mild. Now the consumer may read about the risk of memory loss and confusion. But the FDA adds: “These reports generally have not been serious and the patients’ symptoms were reversed by stopping the statin. However, patients should still alert their health care professional if these symptoms occur.”
New labels also include a warning that increased blood sugar levels (hyperglycemia) and an increased risk of being diagnosed with type 2 diabetes have been reported with statin use. We wonder how long it will take for FDA to add warnings, however mild, about bacterial infections, neurological problems, muscle damage, anemia, and sexual dysfunction. (“Never mind the sexual dysfunction,” the drug manufacturers will say. “We have a pill for that!”)

20 responses to “And Yet Another Brain Threat: Statin Drugs”