Microbes in our gastrointestinal tract power our immune systems and keep our insulin and blood sugar in balance. Aspartame and other manufactured no-calorie sweeteners are killing them. Action Alert!
Artificial sweeteners are among the most widely used food additives worldwide, regularly consumed by lean and obese individuals alike. Products containing artificial sweeteners bring in huge sales figures, and they’re touted as being a safe and healthful alternative to sugar and high-fructose corn syrup. The science, however, tells a different story.
An important study published in the journal Nature shows that all artificial sweeteners actually induce glucose intolerance, which leads to type 2 diabetes. A team of immunologists, molecular geneticists, and digestive tract disease specialists found that consumption of products containing artificial sweeteners actually change the composition and function of our intestinal microbiota.
A microbiota is “the ecological community of commensal, symbiotic, and pathogenic microorganisms that literally share our body space.” Joshua Lederberg coined the term to emphasize the importance of microorganisms inhabiting the human body in health and disease.
The research team identified sweetener-altered microbial metabolic pathways that are linked to our susceptibility to metabolic disease. They also demonstrated how the sweeteners create a dysbiosis (microbe imbalance) in the body, which in turn creates glucose intolerance and insulin resistance—even in healthy human subjects! And these are the precursors for type 2 diabetes. In light of these findings, the authors are calling for a reassessment of our massive artificial sweetener usage.
One widely used NAS, aspartame (marketed under the names NutraSweet and Equal) is an ingredient in approximately 6,000 consumer foods and beverages sold worldwide, including diet sodas and other soft drinks, instant breakfasts, breath mints, cereals, sugar-free chewing gum, cocoa mixes, frozen desserts, gelatin desserts, juices, laxatives, chewable vitamin supplements, milk drinks, pharmaceutical drugs and supplements, shake mixes, tabletop sweeteners, teas, instant coffees, topping mixes, wine coolers and yogurt—and of course in those little packets on your restaurant table, next to the sugar.
Dr. Joseph Mercola calls aspartame “by far the most dangerous substance added to most foods today” and says it accounts for over 75% of the adverse reactions to food additives reported to the FDA. Many of these reactions are very serious, including seizures and death. A few of the ninety different documented symptoms range from headaches, seizures, and numbness to depression, breathing problems, memory loss, and weight gain (particularly ironic for a “diet” product!). Researchers have found that many illnesses may be triggered or worsened by aspartame, including brain tumors, multiple sclerosis, epilepsy, Parkinson’s, Alzheimer’s, lymphoma, and—another irony—diabetes.
This past spring, PepsiCo announced that Diet Pepsi and its other diet sodas will no longer contain aspartame due to “consumer perception” over its safety—and a decade of plummeting sales (see our article on how consumers are compelling Big Food make other major changes in this issue of Pulse).
Beginning last August, instead of aspartame, Diet Pepsi, Caffeine-Free Diet Pepsi and Wild Cherry Diet Pepsi contained sucralose, another artificial sweetener commonly known as Splenda. This has proven to be a somewhat unpopular move with its customers, who say they don’t like the new taste.
The problem, however, is not that Splenda doesn’t taste as good. The problem is that it is dangerous too. As we reported in 2012, Splenda is simply chlorinated sugar—in chemical terms, a chlorocarbon. The idea behind this is that the body would no longer recognize it as sugar. But, as Johns Hopkins-trained physician and biochemist James Bowen, MD, points out, chlorine is “nature’s Doberman attack dog—a highly excitable, ferocious atomic element employed as a biocide in bleach, disinfectants, insecticide, WWI poison gas and hydrochloric acid.” Common chlorocarbons include chlordane and DDT, a product so harmful that it is now banned for agricultural use the world over.
Chlorocarbons like Splenda appear to attack the human nervous system and can produce cancer, birth defects, and immune system destruction. In test animals, Splenda produced swollen livers (as do all chlorocarbon poisons), calcified their kidneys, shrunk their thymus glands (the biological seat of immunity) and produced liver inflammation. A Duke University study found that Splenda alters gut microflora, reducing it by almost 50%.
That’s right: the science strongly suggests that Splenda actually kills our gut microbes, which essentially trashes our immune system.
Now, with studies indicating that all artificial sweeteners alter, damage, and destroy our microbiota, and create a metabolic disorder that leads to diabetes, obesity, and chronic illness, it’s time we recognize that Splenda is no fitting substitute for NutraSweet.
Please take a look at our new video on artificial sweeteners! 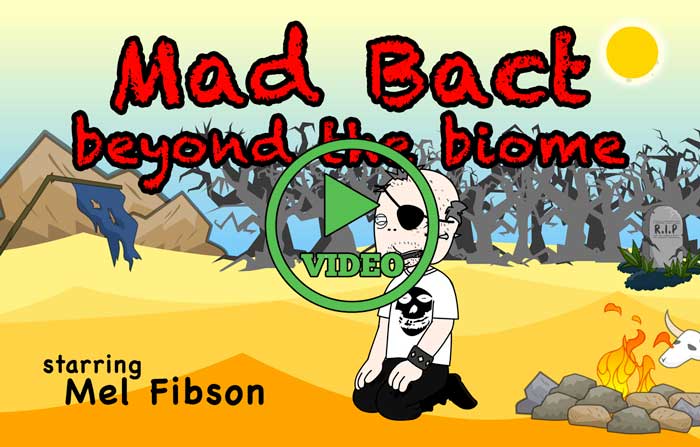 Action Alert! Send a message to the FDA and ask them to recall both aspartame and sucralose—the evidence clearly shows that artificial sweeteners present a grave danger to consumers. Please send your message immediately!

Other articles in this week’s Pulse of Natural Health:
Big Food vs. Big Medicine: One Fluid, the Other Frozen
Small and Organic Farmers Survive Latest Round of FDA Food Rulemaking