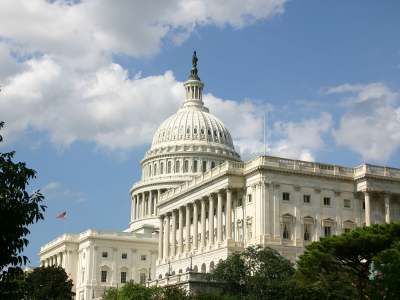 A brand new bill has just been introduced in the Senate. It’s supposed to hold accountable those who taint our food supply on purpose. But as drafted, it actually gives license to the FDA to target supplement and natural health product companies. Please take action today!

This new bill is on top of the House and Senate Food Safety bills that we have been updating you about for some time. Please keep in mind the truth about all these bills: there are already laws on the books to ensure the safety of our food; all we need is for those laws to be properly enforced. Instead, for the past two years, lawmakers have been trying to “beef up” current rules. The main vehicle for this effort has been something called the Food Safety Enhancement Act of 2009, or FSEA.

Because the terms “misbrand” and “adulterate” are very broadly defined, such a law would, for example, hold companies liable if even one of the supplements they carry cites peer-reviewed science about the benefits of the supplement. The same goes for even minor record-keeping violations—the law would say the company had “knowingly introduced a product into interstate commerce” when they offered it for sale, even if they didn’t know there were record-keeping mistakes associated with the supplement (even if the product were completely safe).

Here’s the crazy part: this bill would not necessarily hold accountable a company that tainted a product, even on purpose, if this type of adulteration occurred before the product was sold by a distributor!

The FDA has a long history of targeting natural health product companies under false pretenses. This is what happened to a group of cherry producers that cited Harvard research about the benefits of cherries on their website. The FDA forced them to sign a consent decree so burdensome that it almost put them out of business. With the bigger threat of increased criminal penalties, FDA would practically have free rein.

This new food safety accountability bill has been referred to Sen. Leahy’s Judiciary Committee. This means he could easily fast-track the bill in an attempt to get it on the Senate floor alongside the original food safety bill, which is expected to be voted on before Congress adjourns this year.

The Senate’s version of the food safety bill does not contain a criminal sanctions provision like the one in the House bill. ANH-USA has also been told by several key Senators that they would not allow this negative criminal provision into the Senate food safety bill, or into a final bill during the conference process, should the Senate bill pass. Knowing this, we suspect that this new Food Safety Accountability Act has been introduced in coordination with Congressman Henry Waxman (D–CA), who supports the House criminal sanctions language. If the original Senate food safety bill and this new Food Safety Accountability Act both pass, the two can easily be merged with the House bill during the conference process—and we will basically end up with the dreadful House bill.

Just as Sen. John McCain (R–AZ) may not have understood the implications of his own bill when he introduced it—the Dietary Supplement Safety Act, which threatened continued access to supplements—we wonder whether Sen. Leahy understands that his Food Safety Accountability Act threatens to give the FDA an even bigger hammer with which to go after supplement and natural health food companies. We need your help to educate him NOW! Please contact your senators and ask them to oppose Sen. Leahy’s Food Safety Accountability Act of 2010.