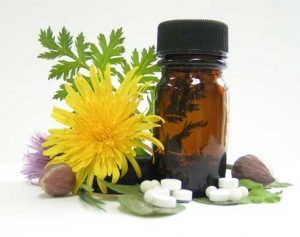 We have pointed out for months that the FDA’s NDI (new supplement) guidance threatens our access to supplements and indeed could destroy the industry, leaving drugs with a total monopoly.
After adamantly digging in its heels and refusing to reconsider, FDA has now at last agreed that the draft NDI guidance requires substantial revision. This follows a meeting between FDA Commissioner Margaret Hamburg and Mike Taylor, Deputy Commissioner of Foods, with Senators Harkin and Hatch, longtime champions of natural health.
According to our sources, the FDA stated in the meeting that the guidance would be revised to account for the numerous comments and concerns, and released in draft form once again, which will then be open for public comment. This is exactly what we asked for!
The FDA’s decision is a dramatic reversal of the position taken in an earlier meeting with the Senators’ representatives, in which they adamantly refused this very same request. While we may never know how or why the FDA changed their position, it is very likely that they were responding to our sustained public messages opposing the current NDI draft guidance.
ANH-USA has also been working closely with the Appropriations Committee that controls the FDA’s purse strings. We recently helped secure report language in the Appropriations Committee censuring the FDA for prematurely enforcing the NDI draft guidance while supposedly still in draft. The report goes on to further state: “The Committee urges FDA to withdraw the July 2011 NDI draft guidance and re-engage the dietary supplement community to develop a new guidance on what constitutes NDI.” This appears to be another reason the FDA is finally listening.
While the FDA has not yet agreed to a specific timeline for revising the guidance, nor indicated what exactly will be revised, they did commit to collaborating with the dietary supplement industry to create a list of agreed-upon “grandfathered” dietary ingredients (ie. supplements). A “grandfathered” dietary ingredient is an ingredient marketed before 1994 and therefore not considered an NDI (new). Grandfathered dietary ingredients are therefore not subject to the NDI guidance. Currently, there is no authoritative list of “grandfathered” dietary ingredients, leaving the legal status of many dietary supplements in limbo.
Although an authoritative list of “grandfathered” dietary ingredients could be useful to the supplement industry, we fear that the FDA will use this as an opportunity to knock out supplements that were indeed on the market before 1994 but may not meet the FDA’s idea of proof. This is precisely what happened to pyridoxamine, one of only three natural and bioavailable forms of vitamin B6. Although we know that pyridoxamine was on the market before 1994, the FDA determined that there was not enough of the right kind of evidence to conclusively prove so, and removed the ingredient from the market.
ANH-USA will participate in this process to try to ensure that the list of “grandfathered” dietary ingredients is inclusive in order to maintain your access to as many supplements as possible. We will also try to prevent the FDA from using the list as an excuse to delay indefinitely their promise to revise the draft guidance.
Our readers have sent hundreds of thousands of messages to the FDA regarding the NDI draft guidance issue. We have just won an important preliminary victory and it wouldn’t have happened without you! Now on to the next phase of the struggle. If we are patient and persistent, we will win.