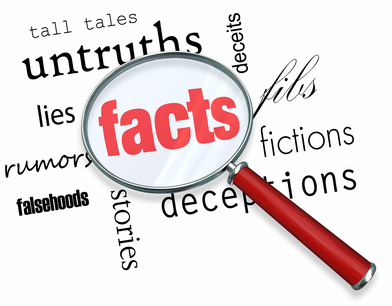 Are regular mammograms doing more harm than good? Let’s take a look at the science.

For the past two decades, controversy has swirled around the question of the benefits of mammography. Unfortunately, breast cancer is a huge and thriving industry, and its powerhouses have lined up squarely in support of mammography:

But what does the science say? This past February, a twenty-five-year-long Canadian trial found no difference in death rates from breast cancer among women who had regular mammograms and those who did not.

The American College of Radiology immediately trashed the study, calling it “incredibly flawed and misleading.” The ACR’s self-interested reaction dismayed many, particularly Dr. H. Gilbert Welch, a professor of medicine at the highly respected Dartmouth Institute for Health Policy and Clinical Practice. He published a scathing opinion piece via CNN blasting the ACR, and fuming that “it’s time to get the science back in screening mammography and to recognize that mammographers may not be the ideal source for balanced information.” Well said, Dr. Welch!

But mammograms aren’t merely useless—they could very well be harmful. First, they may increase your risk of cancer by subjecting you to unnecessary radiation and by abusing breast tissue. Second, they’re inaccurate to the point of being downright dangerous. According to the National Institutes of Health, 90% of abnormal mammograms are false positives; even a staunch proponent like Komen acknowledges that the likelihood of getting a false positive over the course of ten screenings is 50 to 60%. Additionally, mammography misses 17% of cancers—that means for every ten breast cancers, two are completely undiagnosed.

A false positive causes more than anxiety—it can cause pain, financial distress, and exposure to risky, unnecessary medical procedures. Women who receive an abnormal mammogram must go through additional mammographic screenings, ultrasounds, magnetic resonance imaging, and even painful tissue samplings via fine-needle aspiration, core biopsy, or excisional biopsy. If there is cancer, biopsy can spread it.

Perhaps the saddest mammogram side effect is over-diagnosis and over-treatment—the treatment of breast “cancers” that most likely would never have resulted in illness or death. Many breast cancers resolve themselves. And treatment itself can endanger your health. Chemo attacks your body and immune system. Radiation pointed at the breast can damage the heart, potentially leading to death years later from heart failure. By then, of course, nobody will associate the heart disease with the radiation that caused it.

So, why promote mammograms if they’re ineffective and expensive? Well, if every woman who is recommended to get a breast exam did so, it puts $8 billion dollars a year into the pockets of the radiology industry.

Conventional medicine is not a unified bloc on this issue. More and more physicians, and even organizations that are typically opposed to integrative medicine such as the United States Preventative Services Task Force are recommending less frequent mammograms.

But if not mammograms, then what? Some kind of screening is necessary. After all, breast cancer is on the rise—in 2012, 1.7 million women were newly diagnosed with breast cancer, up 20% from 2008. And one in eight American women (about 12%) will develop invasive breast cancer over the course of her lifetime. Although these figures are skewed by over-diagnosis, they still describe a very real threat.

Many integrative doctors recommend thermographic breast screening (thermography) as a safer, more effective alternative to mammograms. Thermography uses no uncomfortable mechanical pressure or ionizing radiation. Instead, it takes a picture of the heat produced by the body, which practitioners study for unusual changes or heat clusters. It can detect cancer up to ten years before a mammogram would, and can even detect cancer before tumors have formed.

The Mammogram Myth may be beginning to crumble, but don’t wait for the dust to settle—talk to your integrative physician about safer ways to prevent, detect, and treat breast cancer.
And for more about breast cancer and a popular FDA-approved drug that may be promoting it, see our other article in this issue.

45 thoughts on “The Breast Cancer Industry Is Deceiving Women”