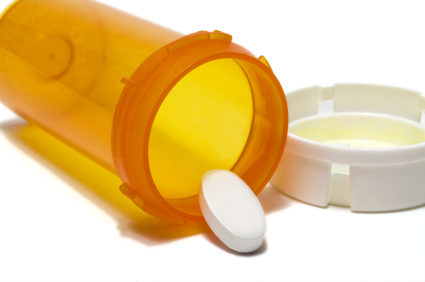 Dangerous new heart health guidelines could put millions at risk. Action Alert!
For years, the American Academy of Pediatrics has recommended statins for children as young as 8. Recently, the American Heart Association (AHA) and the American College of Cardiology (ACC) issued new cholesterol guidelines and an online risk calculator that may make 33 million healthy Americans dependent on statins.
That same day, the US Preventive Services Task Force (USPSTF) declared there is “insufficient” evidence that nutritional supplements can help prevent heart disease. Coincidence?
The message from powerful, monopolistic medical organizations is loud and clear: “preventive” heart health should come from an expensive prescription bottle. Unfortunately, the AHA and ACC’s new guidelines are based on a flawed understanding of the role of cholesterol in overall health. They champion the overuse of a damaging (but lucrative) class of drugs.
Even within the conventional medical community, the new guidelines are extremely controversial. Many doctors—including the ACC’s own past president—are calling for the delay of their implementation and the shutdown of AHA’s online risk calculator, which may overestimate a patient’s risk for heart attack or stroke by 75% to 150%! Top heart researchers warned AHA over a year ago that their calculator was fundamentally flawed, but the AHA claims they never received the researchers’ critiques.
As illustrated by the AHA’s risk calculator, the focal point of the new guidelines is to put millions more Americans on statins. Statins, the most widely prescribed class of drug in the world, are supposed to reduce LDL levels, which mainstream medicine has deemed “bad cholesterol” and the main cause of heart disease. However, as we detail below, there is an abundance of strong evidence to the contrary.
The guidelines recommend that those with a risk level of even 7.5% for either heart disease or stroke should take statins as a “precaution.” Translation: under the new guidelines, patients should be prescribed statins—drugs designed to reduce cholesterol—whether or not they actually have high cholesterol. This ignores evidence that statins not only fail to reduce the risk of death, but fail to reduce even some patients’ chance of getting heart disease.
Worse, statins are an incredibly dangerous class of drugs that should not be prescribed lightly: their side effects are well documented, to the extent that the FDA requires they be disclosed in labeling. They can cause memory loss, significantly increase your risk of type 2 diabetes, block the health benefits of omega-3 fatty acids, and cause serious muscle aches and pains that can make it impossible to sleep. We don’t always realize how critical good sleep is to our health.
Additionally, statins should not be used as a “precaution” when non-drug interventions may be more effective in preventing heart disease. For example, the Lyon Diet Heart Study found that the Mediterranean diet was three times more effective than statin drugs in preventing recurrent heart disease. This is because a holistic approach, such as a change in diet, addresses heart disease and its contributing factors. (Please see our “Natural Ways to Support Heart Health” article for more information.)
The Lyon study also supports the idea that the very premise on which statins are based—“LDL bad, HDL good”—is a gross oversimplification. In fact, LDL has some crucial health benefits—it can even provide protection from cancer. In addition, studies show that lower levels of LDL don’t necessarily lessen your risk of heart disease, and high cholesterol may not cause it:

Cholesterol is found everywhere in the body. As medical chemist Shane Ellison explains, if high levels of cholesterol truly caused plaque (the fatty substance that causes heart attacks and strokes) rather than simply being a component of plaque, plaque blockages would be found not just in the heart and brain, but everywhere in the body, too. This could be why there are no studies proving that high cholesterol causes heart plaque. Meanwhile, low total cholesterol has its own documented health risks, including depression.
So if there’s significant evidence that statins are neither safe nor effective, what’s behind the AHA’s new guidelines? It seems simple to us: Big Pharma’s statin industry is valued at $29 billion—and the drug industry is a major funder of the AHA. That may not be the whole story, but it is enough to warn all of us.
A glance at AHA’s 2011-2012 fiscal year shows that 25% of the AHA’s budget came from corporations—with $15,369,726 coming from Big Pharma, medical device manufacturers, and health insurance providers. Additionally, of the fifteen panelists who authored the new guidelines, six reported ties to drug makers that sell or are developing cholesterol drugs.
With the recommendations of major medical associations—and, therefore, the decisions of physicians—being influenced if not dictated by the pharmaceutical industry, it is vitally important that natural health practitioners and organizations are standing up for patients. Mainstream medicine is awash in a sea of cash-fueled “guidelines” that fail to consider even the basic science behind heart health.
Action Alert! Ask the AHA and ACC to revise their guidelines!

11 responses to ““Statins for Everyone, and Forget Supplements!””